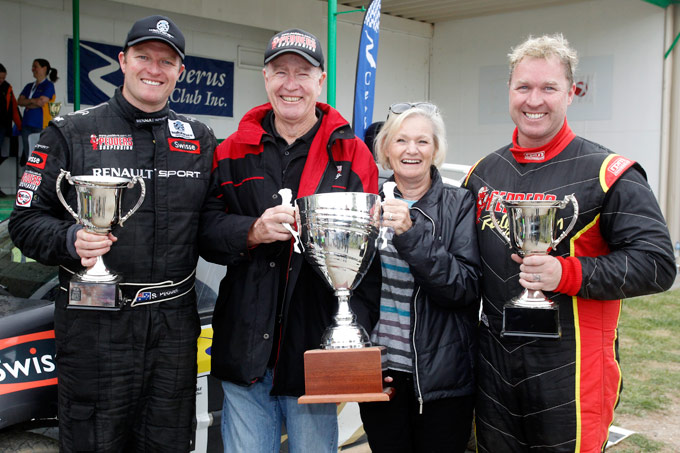 This weekend, Scott Pedder triumphed at the end of one of the longest and toughest days of the 2014 Australian Rally Championship season, finally achieving the goal that had eluded him for nine seasons, the overall Championship.

Years of dedication, his family’s legacy in motorsport and the support of friends and family culminated in his team’s emotional victory.

In Scott’s own words, “After a 22-year rally career and now 9 seasons trying to win the Australian Rally Championship, it is a huge relief for me to finally do it.

“Thank you to all those sponsors and supporters that have put the faith in us. Thank you to my awesome team at Walkinshaw Performance Rally Team – Rob Davis, Gav Mosher, Justin Berrenger, Dean Clarke, Mick Dalton, Bill West, Katie Philps and Tony Harris.

“To my secret weapon, Dale Moscatt, the number one co-driver in Australia, a huge thanks for your support, calmness and ultra-detailed professionalism in every instance.To all my friends who have suffered all the lows and enjoyed the far fewer highs – a big thanks.

“To my Mum Lynne, Dad Ron and brother Mark I thank you for your tireless support, faith and trust over a long career.

“My final and biggest thanks is to my incredible wife Caroline for your amazing love and support.”

The Pedder/Moscatt Renault Clio finished the season with 483 points, 44 points clear of second place getters Reeves/Gelsomino, and 122 clear of third place Coppin/Batten. With 4 event wins, 9 heat wins, 67 stage wins and 3 Armor All Power Stage wins, it is a sweet ending indeed to the season for Pedder and his supporters.

Channel One: following the Channel 10 screening

Foxtel: as per Channel One

Channel One: following the Channel 10 screening

Foxtel: as per Channel One