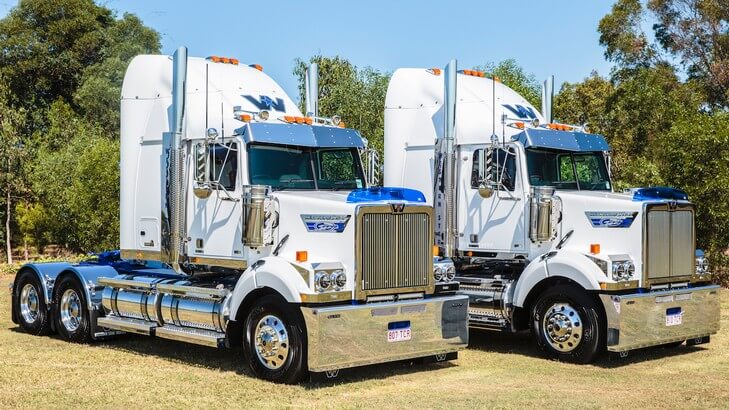 Western Star Trucks Australia is pleased to announce that it has partnered with V8 Supercar team Ford Performance Racing as the “Official Transporter” of the team, which includes the Supercheao Auto Bathurst 1000-winning Ford Pepsi Max Crew and The Bottle-O Racing Team.

Two Western Star 4800FXB prime movers will transport the team’s b-double trailers and over 100 tonnes of cars and equipment to race events around Australia.

“Partnering with Ford Performance Racing is great for the Western Star brand, our dealer network and customer base,” Hanson said.

“The team enjoyed great success in 2013, and garnered a large amount of exposure throughout the racing calendar.  Western Star is keen to assist the team to greater success in 2014!”

“Performance and power are two critical factors to success in motorsport and with Western Star we have both of these things in abundance so we are very happy with the new partnership,” Edwards said.

“Our prime movers have a big following at all the races we go to and our new units look very impressive with the additional FPR touches on the chassis and the cabin so I’m sure our fans will enjoy seeing them on the highway and parked up at the race track.”