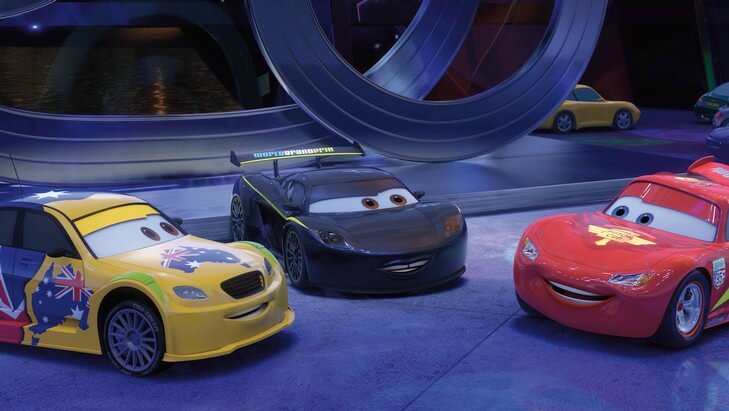 V8 Supercars will kick off race week festivities at the Tyrepower Tasmania 400 with a free moonlight cinema to be held right in the centre of Launceston.

Along with the Launceston City Council, V8 Supercars is giving families the chance to catch Disney-Pixar favourite Cars 2 at a special moonlight screening.

Families are encouraged to bring their blankets, pack a picnic and settle in for a free family night hosted by a V8 Supercar driver.

The free event will be held on Friday March 21 at 7.15pm at Launceston’s iconic City Park, and will be a great lead up activity for the family ahead of the Tyrepower Tasmania 400 at Symmons Plains.

V8 Supercars director – promoted events Mark Perry said the free screening would be the perfect way for the whole family to get into the spirit of Tasmania’s biggest sporting event.

“Everyone is looking forward to V8 Supercars coming to Tasmania and it’s a great opportunity to get the whole community involved,” Perry said.

“It’s going to be a relaxing night out under the stars, in a fabulous setting, watching one of Disney’s most popular movies.

“Disney is a great partner of V8 Supercars offering little race fans an abundance of entertainment at the track and the moonlight cinema is just a taste of what the Disney Fun Zone is like.”

The Tyrepower Tasmania 400, March 28 – 30 will see the Disney Fun Zone return trackside with the Disney Truck Tour bringing Mack the Transporter and Lightning McQueen to life.  Kids 14 and under receive free admission with a paying adult.

Click here for more information on the event, and to purchase tickets to the Tyrepower Tasmania 400.