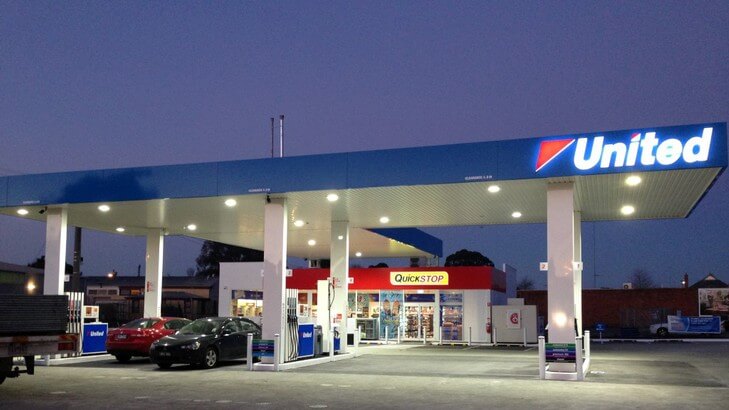 V8 Supercars has added another great Australian brand to its growing list of major partners with United Petroleum announced as the Official Fuel Supplier to the sport.

United Petroleum is an independently owned Australian company, which supplies millions of customers with competitively-priced fuel and convenience services. It is also a major producer of ethanol, with which V8 Supercars race.

In a multi-million dollar three-year arrangement, United Petroleum will supply the entire sport with a premium high-performance Ethanol 85 Race Fuel and also come on board as a major partner of the sport.

“It will be fantastic to use and showcase the United Petroleum brand for the next three years.”

United Petroleum will leverage the sponsorship within their national network of Service Stations and convenience stores, in a strategy which is perfectly aligned with V8 Supercars’ national footprint.

Eddie Hirsch, Owner & Director of United Petroleum said, “United are delighted to announce this ground-breaking partnership with V8 Supercars. As Australia’s only integrated Ethanol fuels producer & marketer, we’re very excited to have this opportunity to showcase our range of performance Ethanol-blended products.”

Tom O’Brien, United CEO added, “Our nation-wide network of United Service Stations will give V8 Supercar race fans the chance to access to the high performance fuels similar to that used by their race heroes”

United Petroleum is one of the fastest growing independent companies in Australia, specialising in the retail and wholesale fuel markets; convenience stores and ethanol manufacture; generating employment for more than 2,000 Australians.

They will supply the Championship and Dunlop Series fields with high-performance 85 per cent ethanol fuel, also promoting sustainable and renewal fuel to the community. At track, the fuel will be distributed by Race Fuels.