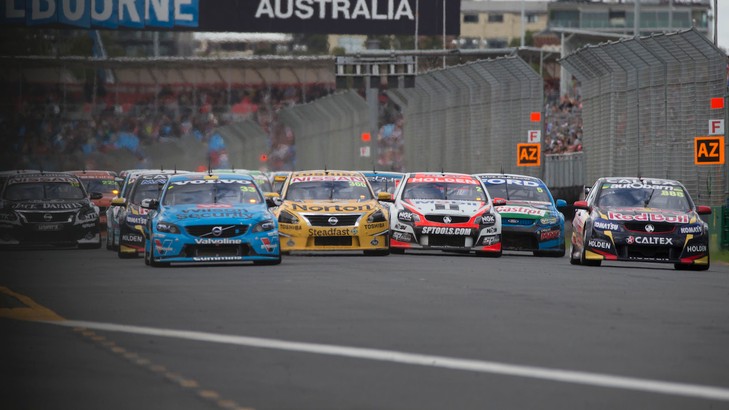 Today, in the second part of this interview (first part here), he tackles issues the Commission must address such as engine power equality, fuel consumption and longer term planning.

V8supercars.com.au: Cost in general is a constant over-riding issue within this category…

Horne: “I would say whether it’s Formula One, Indy Car, V8 Supercars, V8 Supertourers, Formula Ford or whatever it is, that is a common denominator that we have to keep a lid on.

“That’s part of our job on the commission to continually look at ways of maintaining a spend that is sensible.

“So keeping an eye on cost containment is important, but it is a worldwide problem.”

The cost of the New Generation car has also come in for a lot of scrutiny, with plenty of teams expressing concern that is more expensive to build than anticipated.

“I think you have to look at it over the life of the car. The first year was very expensive, the second year will be less expensive and it’s already proving that. Some of the development has already slowed down, some of the mechanical issues the cars had in terms of reliability have already improved.

“The third and the fourth year if you look at the cost of that car to operate over five years, it will actually be quite reasonable. That doesn’t help the guy who is struggling today with a budget, but I don’t think you can make any new product instantly as cheap as you estimate it to be. It can’t be done.”

Is the commission planning to set-up committees to examine engine homologation and fuel consumption as well as aero?

“No, because I think on engines we have it pretty much under control right now (V8 Supercars engine consultant) Craig Hasted and the technical department have come up with a very good parity summary of that. Originally, V8 Supercars would look at a power curve and a power number and that’s really difficult to monitor now that you have got different types of engines and different architectures in the engines. So now we have come up with what we call a cumulative horsepower number, which is a sum total of horsepower at different rpm. So as long as you don’t exceed that cumulative top-end number, you can build whatever power curve you like into your engine.

“And so there are engines out there that may be better at the bottom end and not so good at the top end, but that’s up to the team to decide what they want. They may have a couple of different engine designs… but by having that cumulative number it has also taken a lot of the development cost out, because all the engines right now are actually within a very close tolerance already. Look on the racetrack, no-one is pulling out of the draft, slip streaming, and driving by.”

“It’s gone away, it’s resolved itself. The teams have really worked hard that needed to work hard and if I go and ask them ‘how are you doing on fuel consumption?’ they say ‘well, we are okay’. Now there will always be disparity because the teams use the fuel in different manner, but those two brands who were struggling last year are ok now. These are the sorts of issues that sort themselves out to some degree because there are some very smart people out there.”

So are you calm about what’s facing the commission going forward?

“Most people say I am relatively calm anyway. The place could be on fire and I think I would still be pretty calm. I think our next challenge is the future again. Obviously we have two brands (Ford and Holden) that have said our current configuration is going away, so we have to start planning ahead for that. But apart from that I don’t see any significant fires that need to be put out right now.”

So debates about allowing coupe bodyshells into the Championship and things like that?

“Yes. If you go back and think about the Car of the Future and when that was conceived, a lot of the work Mark Skaife and his group put into it you are seeing good fruition now even thought here was some pain in getting there. Tremendous fruition; what other Series in the world could you have brands that are so diverse competing against each other equally? I can’t name them.”