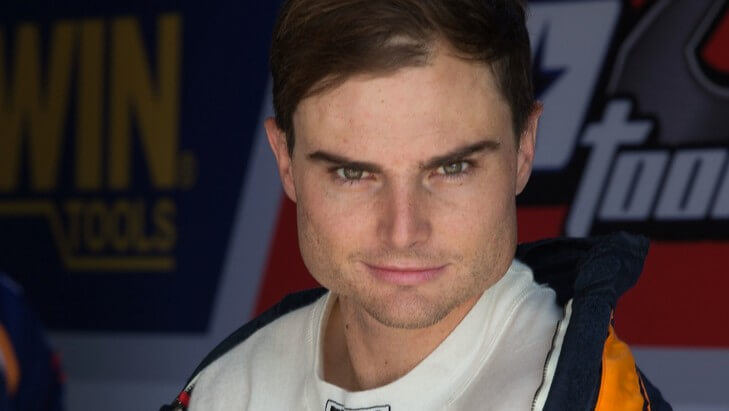 Tim Slade knows it will be tough, but he feels his new home Walkinshaw Racing has the goods to topple Red Bull Racing Australia.

Despite the debut of the new generation V8 Supercars last season, and array of different race winners, it was the same two teams wrestling for the Championship at the grand finale as the previous year – RBRA and Ford Performance Racing.

“Everyone’s got a lot of work to do to match those guys,” Slade told v8supercars.com.au.

“It’s going to be extremely tough to challenge Triple Eight.”

Slade – who recently visited the Clipsal 500 street track, under construction for the race in about six weeks time – announced his switch to the Holden squad in September.

“Walkinshaw definitely had good speed (in 2013) – I think, like everybody else, to match Triple Eight you’re going to have to have speed week in, week out. That consistency.

“But I think they (WR) are very keen and eager to make it happen. I don’t think they’re going to leave too many stones unturned in trying to achieve that.

“There’s been some big moves with the employment of some key personnel which I think should be really strong.”

Slade recognised it was a positive to have the commercial side locked away early, with Supercheap Auto the main backer of the car.

And in major news for V8 Supercars, it was announced Nick Percat would join the squad as a full-time driver to steer a fourth Holden Commodore VF utilising James Rosenberg’s REC, late last season.

Rosenberg had been a long time backer of Slade, and the young driver is glad to have him in the same garage, despite a shift in the scenario.

“That (relationship) doesn’t really feel like it’s coming to an end because James is going to be in the same garage next year – but I guess again on a business level it probably is because I’m not racing under his license… but it doesn’t feel like it’s ending.

Jumping in ‘The Enforcer’s’ vacated seat means the 28-year old has big shoes to fill. However Slade was clear he wouldn’t be trying to emulate the V8 Supercars favourite.

“I think ‘The Enforcer’ well and truly belongs with Russell,” he said of the nickname the veteran has earned over the years.

“I guess he got that tag for a particular reason and you can’t just inherit someone else’s name. That’s his driving style and the way he goes about things, that’s not mine. So I don’t know if I’ll have a nickname or what! We’ll wait and see.”