Scott Pedder Announces His Next Step Is WRC2 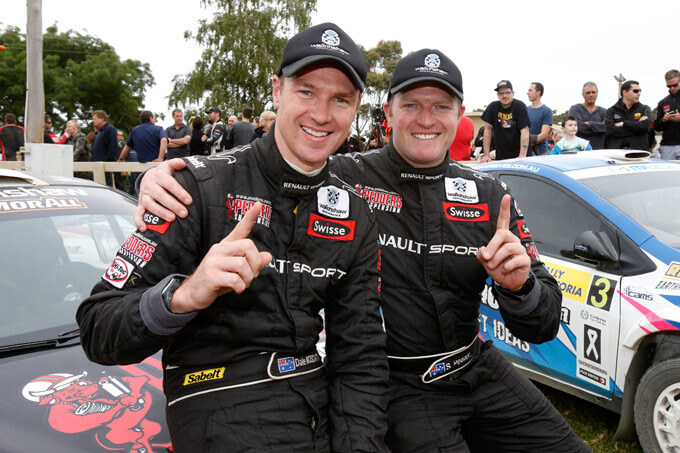 “Winning the Australian Rally Championship last year was a dream come true, it’s something I’d worked towards my entire rallying career, so to be able to tick that box at the end of last year was incredibly special,” said Scott.

“So today, announcing our program in the WRC2 category of the World Rally Championship is the culmination of a lot of hard work behind the scenes, by a lot of different people and feels just as special,” Scott added.

WRC2 is the major support category within the World Rally Championship and is contested by drivers from around the globe in a variety of cars, with the gravel-spitting R5 class cars from Ford, Citroen, Peugeot and a new car from Skoda providing the latest in technological advancements and world class competition.

Pedder has numerous Asia-Pacific Championship event podium results and set a string of top-three stage times in the Production World Rally Championship at Rally New Zealand in 2007, which was his first and only WRC event outside of Australia. 2015 will be his first foray into Europe.

The program will see Pedder and co-driver Dale Moscatt competing on selected gravel Rounds of the WRC in a brand new Ford Fiesta R5. Their campaign will begin at Rally de Portugal in late May, before Rallye Italia Sardegna, Rally Poland, the high speed jumps of Rally Finland and home town appearance at Coates Hire Rally Australia.

“They are five amazing events, they will be extremely demanding but I believe between Dale’s prior experience competing in the WRC and the team we have behind us we are in with a shot of securing some strong results,” Pedder said.

With the first four events in the program running consecutively co-driver Dale Moscatt is confident Scott will quickly be able to get a feel for the car and how hard he will need to push despite not having any prior experience on the roads.

“It is going to be a huge learning curve for Scott but he’s proven how quickly he can adapt, especially to new cars, so I don’t think it will take him long to show his potential. With Portugal moving to a new region this year, we’re not starting at such a disadvantage, and by having the first four events back-to-back I’m confident we will be able to get a good rhythm going and start pushing some of the more experienced WRC2 drivers,” explained Moscatt.

Pedder’s Fiesta will be run by experienced Spanish outfit RMC, who claimed the 2013 Production World Rally Championship with Nicholas Fuchs. “They are a great team, very professional and with a lot of experience in the WRC. Dale and I are both really looking forward to running with them this year,” said Pedder.

While Pedder currently has five Rounds locked into his program he has his eyes firmly set on a full 7-event program in 2015 with the likely addition of Spain and Great Britain.

A release next week is expected to introduce the new livery and team supporters. Stay tuned to www.scottpedder.com.au for all the details as they unfold.