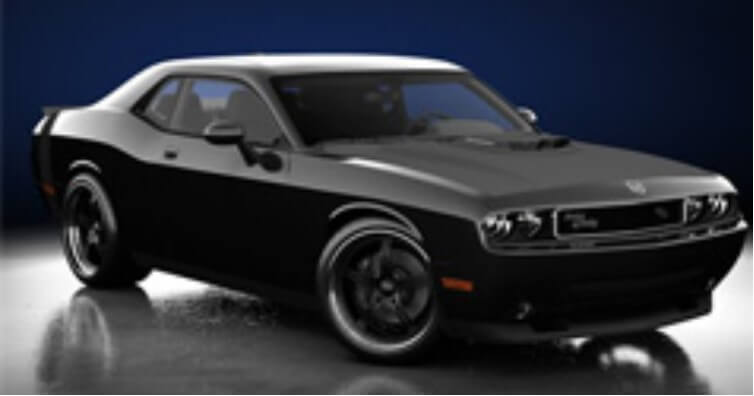 Level Cross, NC- March 11, 2010: Petty’s Garage and Arrington  Performance are partnering to build a Richard Petty Signature Series line of vehicles. The power for these vehicles will be supplied by NASCAR engine builder, Joey Arrington, at his shopHEMI.com facility in Martinsville, Engine installation, performance upgrades and paint work will take place in the historic Petty shop in Level Cross, NC. Customer orders are currently being taken with production of vehicles to start in March and completed vehicles delivered in April.

“I’m excited about the Signature Series,” stated “The King,” Richard Petty. “Over the years I have had my name on various street vehicles, but those were all built by other companies. In those days I was too busy racing or running a race team to do this type of thing and be involved on a daily basis. But now that we have Petty’s Garage up and running here in Level Cross I can build a production based, high performance street vehicle that can be a daily driver not an all out racecar.”

The plan for the Signature Series is to build 200 vehicles over the next five years. The first year Petty’s Garage is offering 43 sequentially  numbered vehicles (replacing the #13 with #67 ) for sale to the public and will produce 50 cars per year for the next three years; which will leave seven vehicles to be produced at the end of the series, one for each of “The King’s” seven NASCAR Cup Championships.

“For folks that really know me this will not come as much of a surprise, but the car will be black. A lot of folks instinctively guess that the car will be Petty Blue and while that is a very special color, all of my personal street cars are black. And I mean black! The interior, exterior, wheels, everything is black,” added Petty. “It needs just enough polished accents to set it off, so when you drive it down the road it looks different than any other Challenger on the road, but not so much that it draws unwanted attention.”

For 2010 the series will be based on the Dodge Challenger R/T  platform, which will be highly modified to meet the performance  standards that have been set by Richard for this vehicle. The 5.7L HEMI will be supercharged through a roots-style supercharger by  Magnuson which will boost overall power to over 600 bhp with more than 550 Ft. Lbs. of torque. The engine will also receive internal upgrades in the form of forged pistons, connecting rods and forged crankshaft in  order to withstand the 9 lbs of boost from the supercharger. The suspension will get a Petty’s Garage spec kit including coliovers and anti-roll bars built by Pedders, a Hurst short throw shifter, along with Brembo’s huge Gran Turismo brakes front & rear, set off by BFGoodrich KDW’s on forged Forgeline SP3S three piece wheels. Exterior upgrades will  include a functional shaker hood in a matte black finish and a matching rear quarter racing stripe containing Petty’s trademark signature. The requisite Petty’s Garage and Arrington Performance badges will adorn the exterior as well. Interior upgrades will include custom Petty’s Garage leather seating package with Richard Petty’s autograph on the gauges of the vehicle.

“We are excited about partnering with The King and Petty’s Garage on this unique vehicle,” said NASCAR engine builder Joey Arrington. “We have been building Gen III HEMIs for quite some time and know how to put out reliable horsepower that is suitable for use in street cars. We will include all of the necessary forged internals in the 5.7L engine so the 9 lbs of boost will not cause any reliability issues down the road. I’m also excited to have the #67 in the initial production run. My dad, Buddy, raced that number for a long time and it’s near and dear to me and my family.”
The 2010 Richard Petty Signature Series will be based on the base 2010 Dodge Challenger R/T with a 27F option package. This option package includes six-speed manual transmission, 3.73 rear axle ratio, anti spin differential rear axle, performance pedals, performance  steering with variable displacement and the Challenger track pak. The cost of the Petty’s Garage package will be $34,930.00 USD not including the cost of the vehicle. It will be available through Petty’s Garage and other selected authorized dealers.

For more information and vehicle images log onto pettychallenger.com.