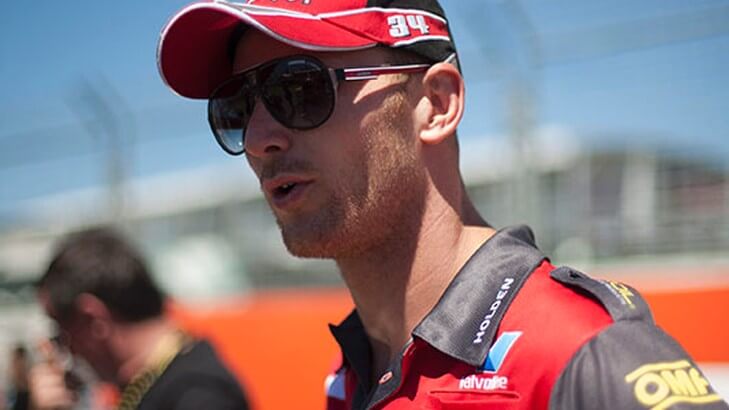 The Frenchman contested the 2012 and ’13 Championships with the team but was replaced by Swede Robert Dahlgren as a full-time driver for this season.

“When Alex decided to leave at the end of 2013 to pursue other opportunities we remained in constant contact, as Alex had been a solid contributor to our team for the last two years and had become part of our family, sharing a great relationship with all at GRM and our sponsors,” team boss Garry Rogers said in a statement this morning.

“I had been discussing this year’s endurance events with several parties, one of whom was Greg Ritter, a long standing member of our team, who has always performed exceptionally in these long distance events and we were keen to retain his services for season 2014.

“Once we announced that Greg was continuing, all of a sudden I became extremely popular with drivers from here and overseas enquiring about an opportunity in regards to an endurance drive!

“I spoke to Alex in relation to joining us for the endurance races and fortunately I have been able to lock down the dates of Sandown, Bathurst and the Gold Coast with him.

“Whilst the Volvo S60 will be new to him as it will be to the team, who have competed with Holden products since their inception, but with his relationship and the information that we have been able to gather with limited testing with our new Volvo’s I am sure we will all be able to produce a worthwhile result.”

Premat’s best Supercheap Auto Bathurst 1000 finish was 16th in 2012 with Jack Perkins, though last year he showed strong speed at the Mountain, qualifying in the ARMOR ALL Top 10 Shootout, but suffering from mechanical issues during the Great Race.

“In the dying seconds of qualifying he was able to qualify the car in 10th position and he and Greg Ritter had driven a faultless race to put themselves in a very positive position – and then of course we had the refueling issue which put an end to their performance.”

After Premat’s start with the team last season, Scott McLaughlin formed a close bond with the Frenchman, describing him to v8supercars.com.au as a “good bloke”.

“I’ll be friends with him a very long time, if not my whole life,” he said.

While both co-drivers are now locked in, Valvoline Racing GRM has not confirmed the specific pairings.

The PIRTEK Enduro Cup begins with the Wilson Security Sandown 500 from September 12.