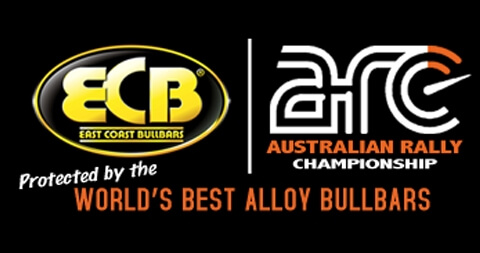 The Power Stage, a welcome new addition in the lead up to each Round of the East Coast Bullbars Australian Rally Championship, will be sponsored by Pedders Suspension it was announced today.

Pedders Suspension Group Marketing Manager Adam Gillick described the arrangement as a win-win for the sport and Pedders.

“Pedders has a long history in all forms of Australian motorsport, but especially in rallying. The exciting initiative of the Power Stage presented the perfect platform for Pedders to get directly involved with rallying at the highest level,” Gillick explained.

“Given the proximity our brand and key Pedders personnel have to the ARC it is easy to overlook commercial opportunities but when you consider the Power Stage and Pedders brand will be seen on Australian free-to-air television for over 430 minutes, this offer was too good to refuse. The value is simply unprecedented.”

The Pedders Power Stage, specifically designed for television, debuted at last year’s Scouts Rally SA, and was so well received by drivers, spectators and the wider television audience that it has been adopted for every Round in 2013.

The concept was simple – create real tension and build-up to find the fastest car over a short sprint special stage with a huge incentive of Championship points on offer to tempt drivers to go for it.

“With cameras covering every metre of the road, each car will be tracked and measured with split times against the previous, until we have a winner,” said ARC TV Producer Paul Mullan from Black Magic Media. “It’s the most exciting way to experience rally, watching the excitement build – each driver knowing the time they have to beat before they start.”

The Pedders Power Stage will be held on the day prior to each rally, with the fastest five drivers (from the ARC outright 2WD section) from the morning’s prologue stage progressing to a head-to-head showdown over the same short course.

Each driver will get one run over the Pedders Power Stage, the winner with the fastest time receiving 5 Championship points, the second 3 points, with third 1 point.

“We expect drivers to be going absolutely flat out in search of the extra Championship points on offer,” added Adam Gillick. “That’s an attribute we hold very dear at Pedders – we call it NO BULL!”

As an added incentive Pedders has also put up a $500 cash prize for each Pedders Power Stage Winner. Ironically this could be awarded to Scott Pedder (Renault) or Mark Pedder (Honda) who are both competing in this years’ ECB ARC.

Black Magic Media will be pulling out all the stops to bring spectators closer to the action than ever before with the Pedders Power Stage getting receiving half an hour of coverage from an expanded two hours per round in 2013.