Erebus Motorsport will bring the virtual world to reality when they hit the streets of North Queensland for the Townsville 500 this weekend. 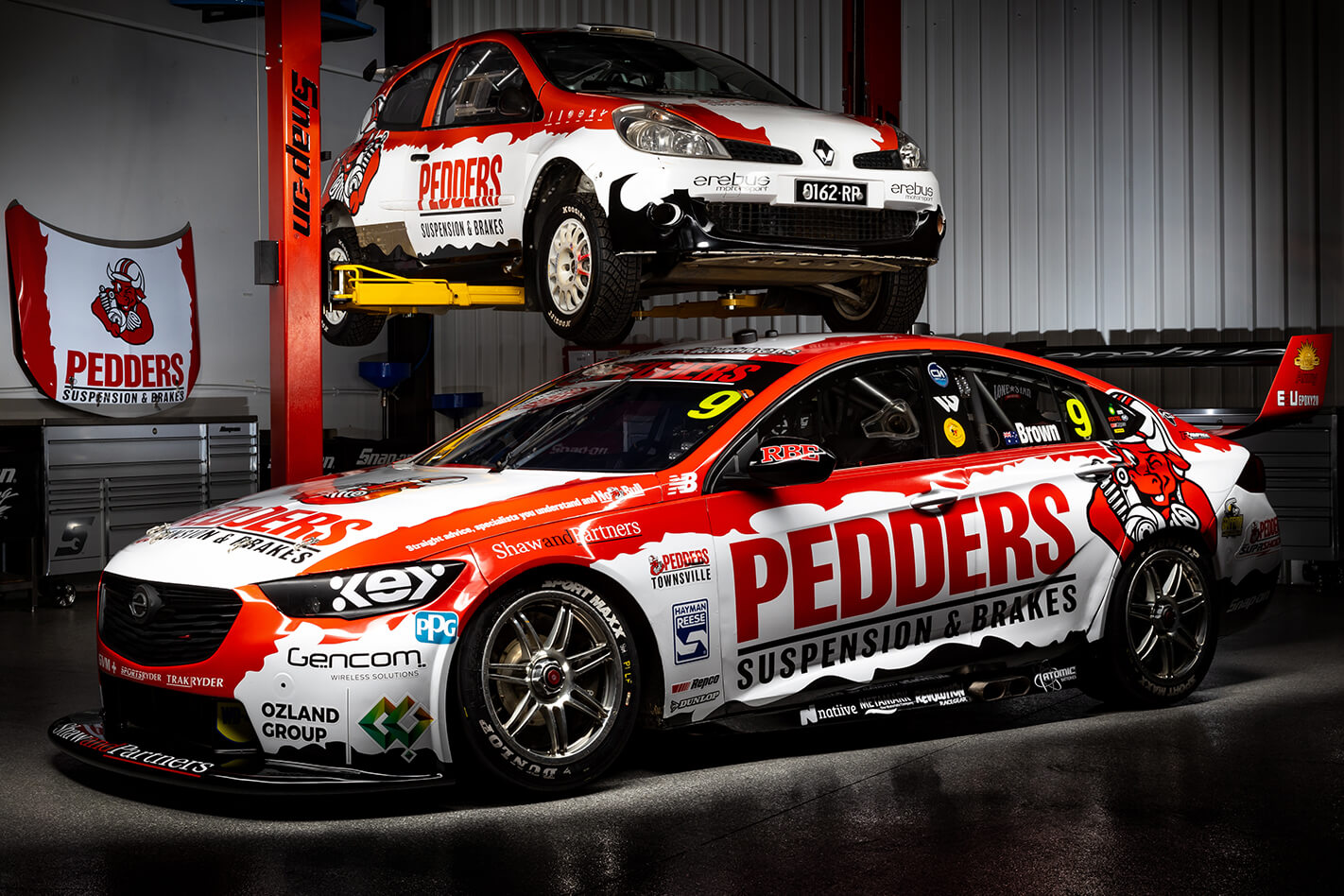 Pedder claimed victory in the virtual event and the winning livery has been recreated with Will Brown’s #9 Erebus Motorsport Holden Commodore.

“Pedders has a rich history in motorsport and performance that now spans more than 70 years,” Pedder said.

“For many of those years we’ve been involved in the Supercars Championship, but today is particularly exciting for our business because we get to announce for the first time our very own Supercar with our own livery, backing young gun Will Brown through our existing partnership with Erebus Motorsport. 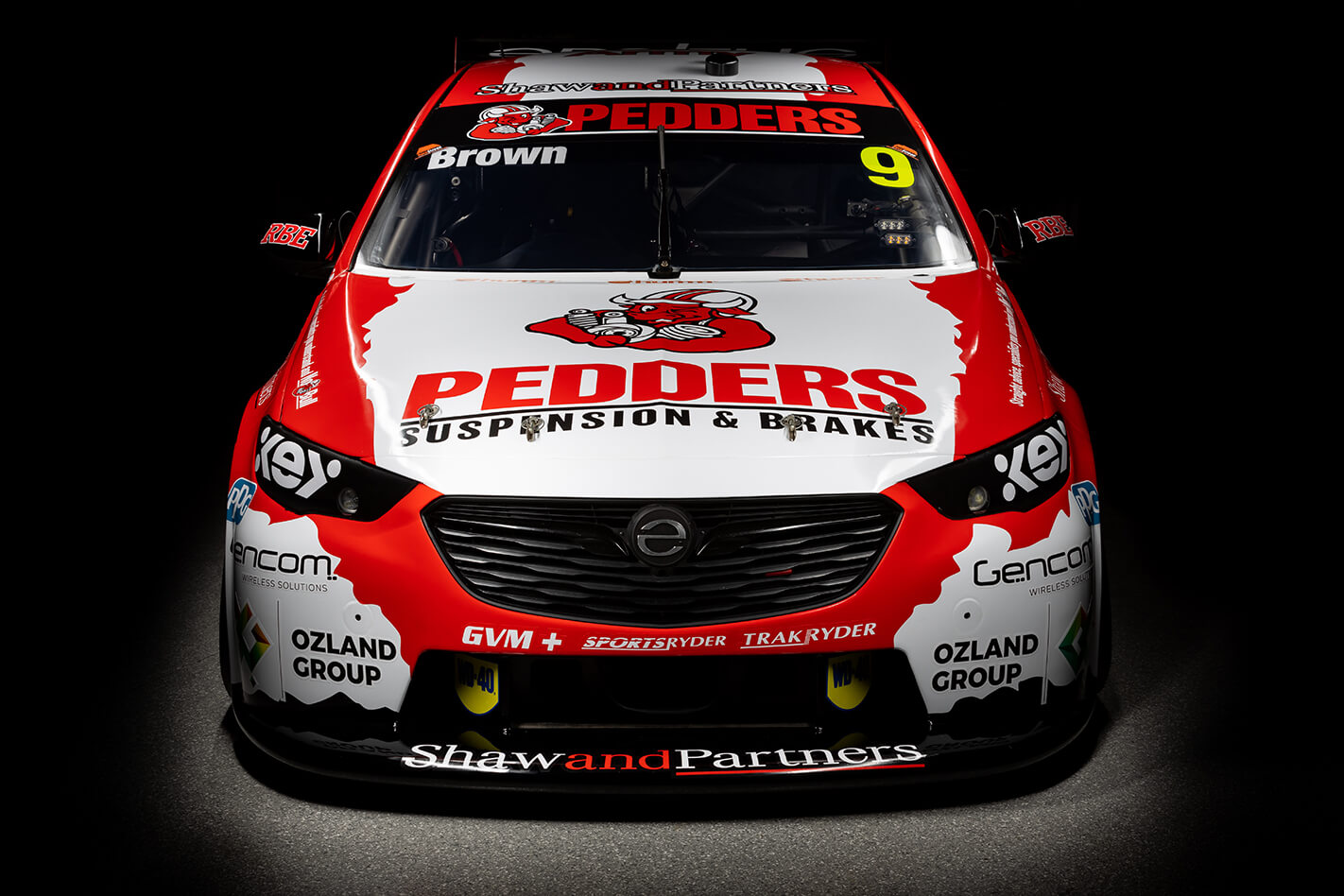 “We debuted a Pedders Supercar during the Supercars Eseries last year and it was only right that we bring it to life.

“It’s great to be able to share this milestone with a few other partners that we work closely with, including Hayman Reese, Atomic Batteries, Humm and RBE, and in particular our great Townville Pedders franchisee Peter Theofanes.” 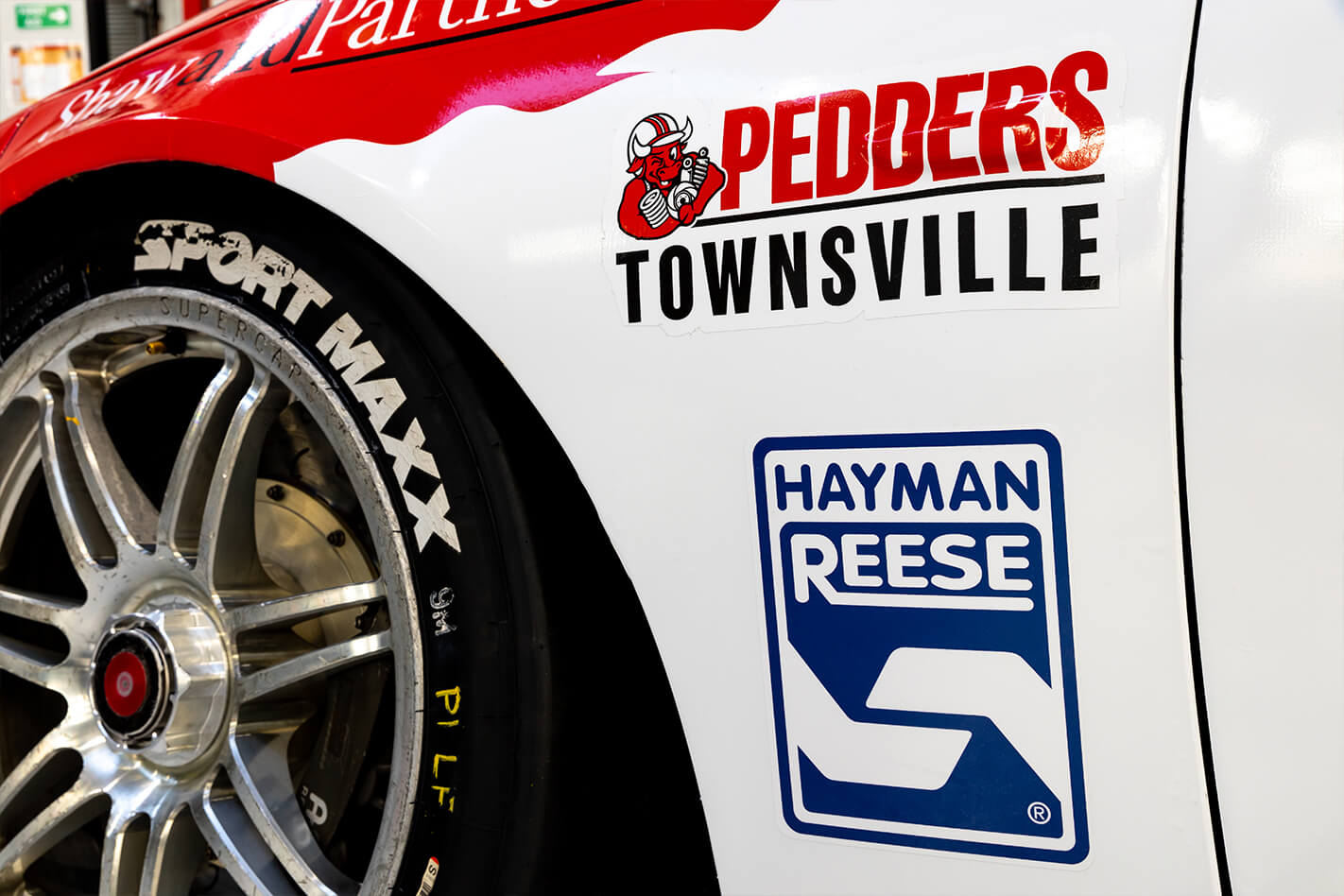 The brands will all feature across the predominantly red and white livery, while the iconic Pedders Suspension and Brakes branding will take pride of place on the bonnet, windscreen banner and car sides.

“Motorsport is a big part of our DNA at Pedders, and we are so proud to finally have our own Supercar and celebrate this event in Townsville with our long-term franchisee Peter Theofanes. 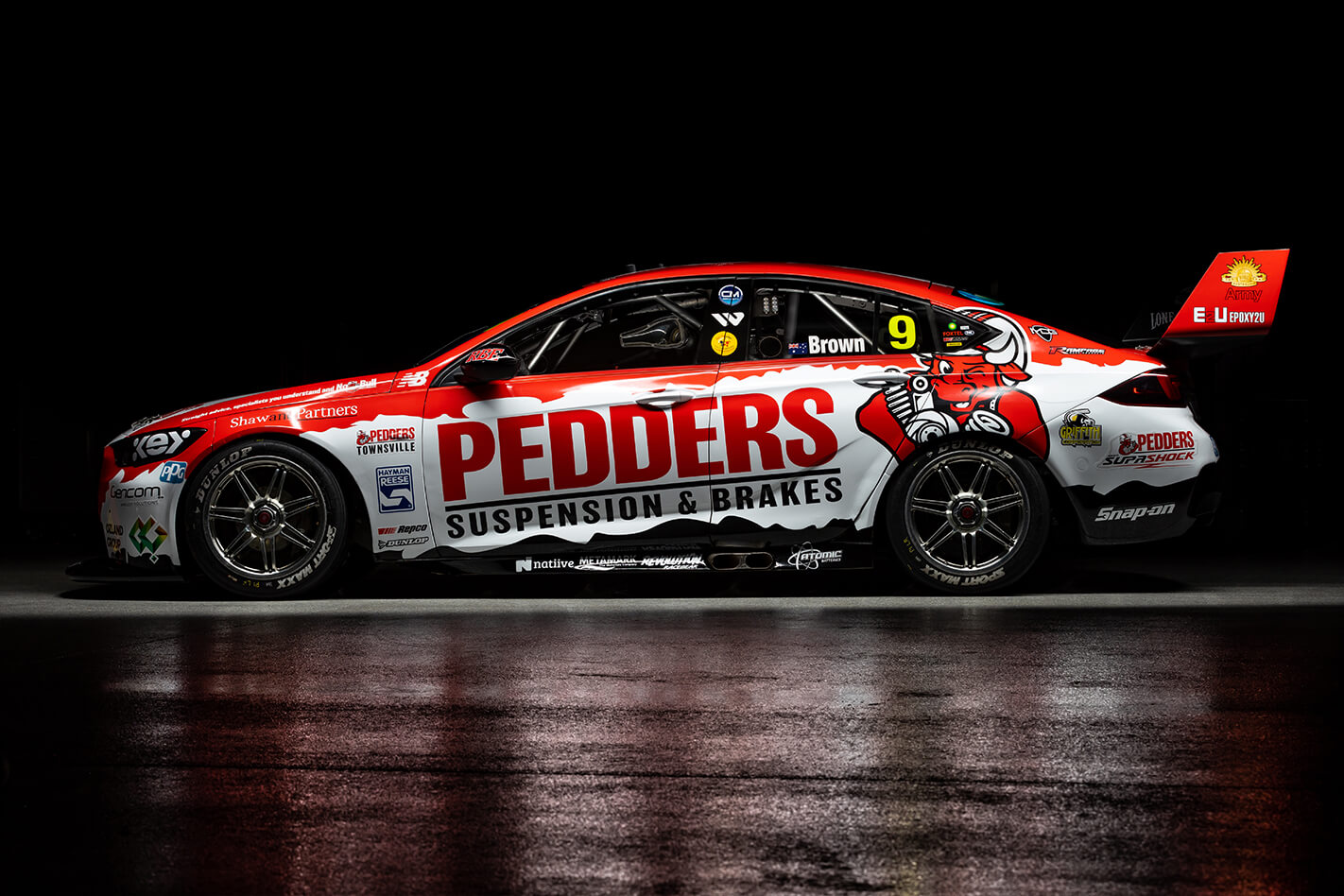 “I’d like to take this opportunity to also thank the team at Erebus and Luke Wilson from RBE who were both instrumental in formulating the finer details of this amazing commercial partnership.

“To all of our sponsors that have come on board, we thank you for your support in this journey.”

The livery is one familiar to Brown, who ran a similar design as a wildcard in last year’s Supercars All Stars Eseries finale. 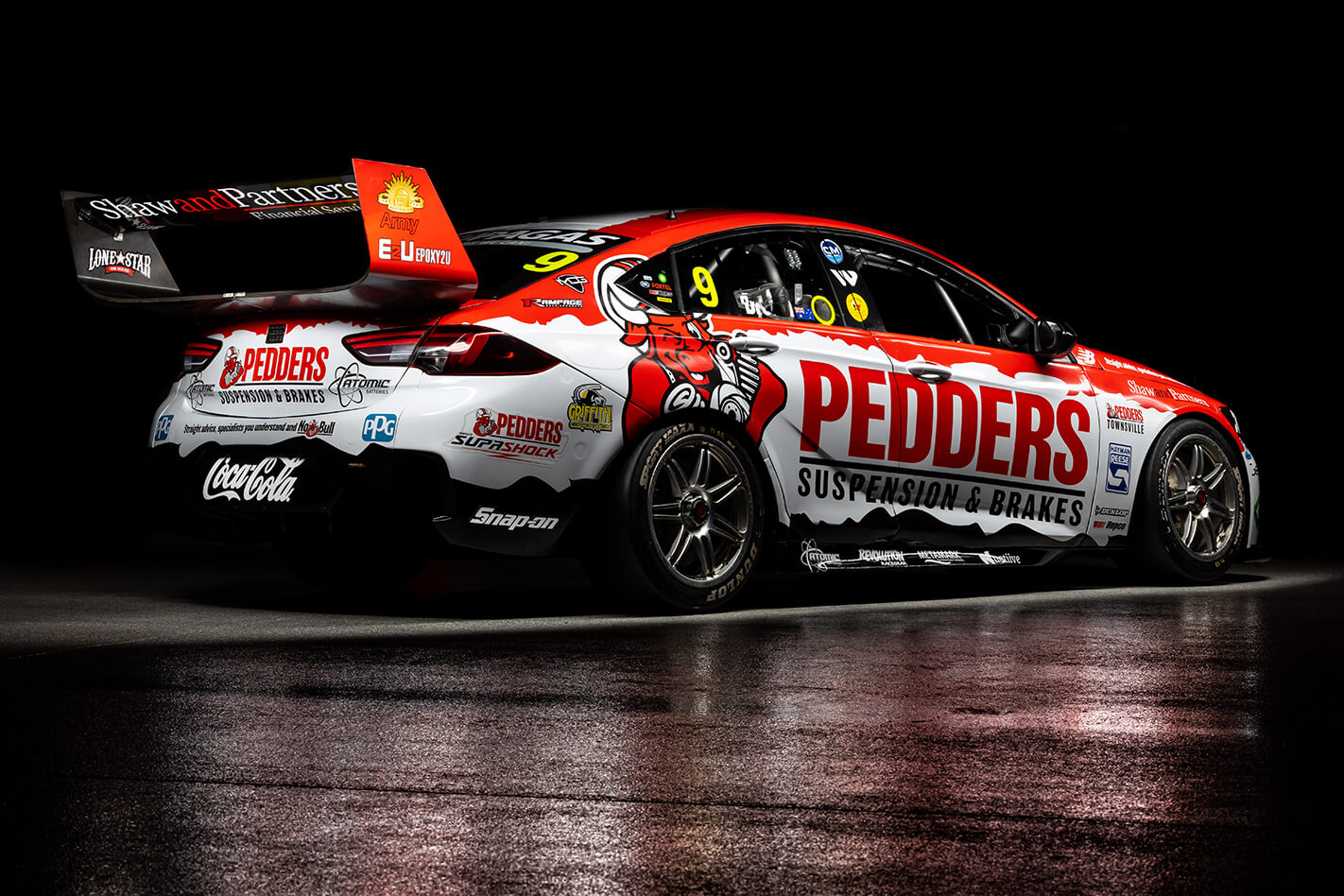 “It’s exciting to have such an awesome brand like Pedders on the car,” he said.

“I’ve been lucky enough to get to know the team at Pedders pretty well over the past year; they’re an awesome group so I’m pumped to have them up their support and represent them in a big way.

“The car looks awesome and it’s cool to have last year’s Eseries livery come to life this weekend; hopefully it’s a good omen.”

Erebus CEO Barry Ryan is eager to expand on the existing partnership with Pedders after the two brands joined forces at the beginning of 2020. 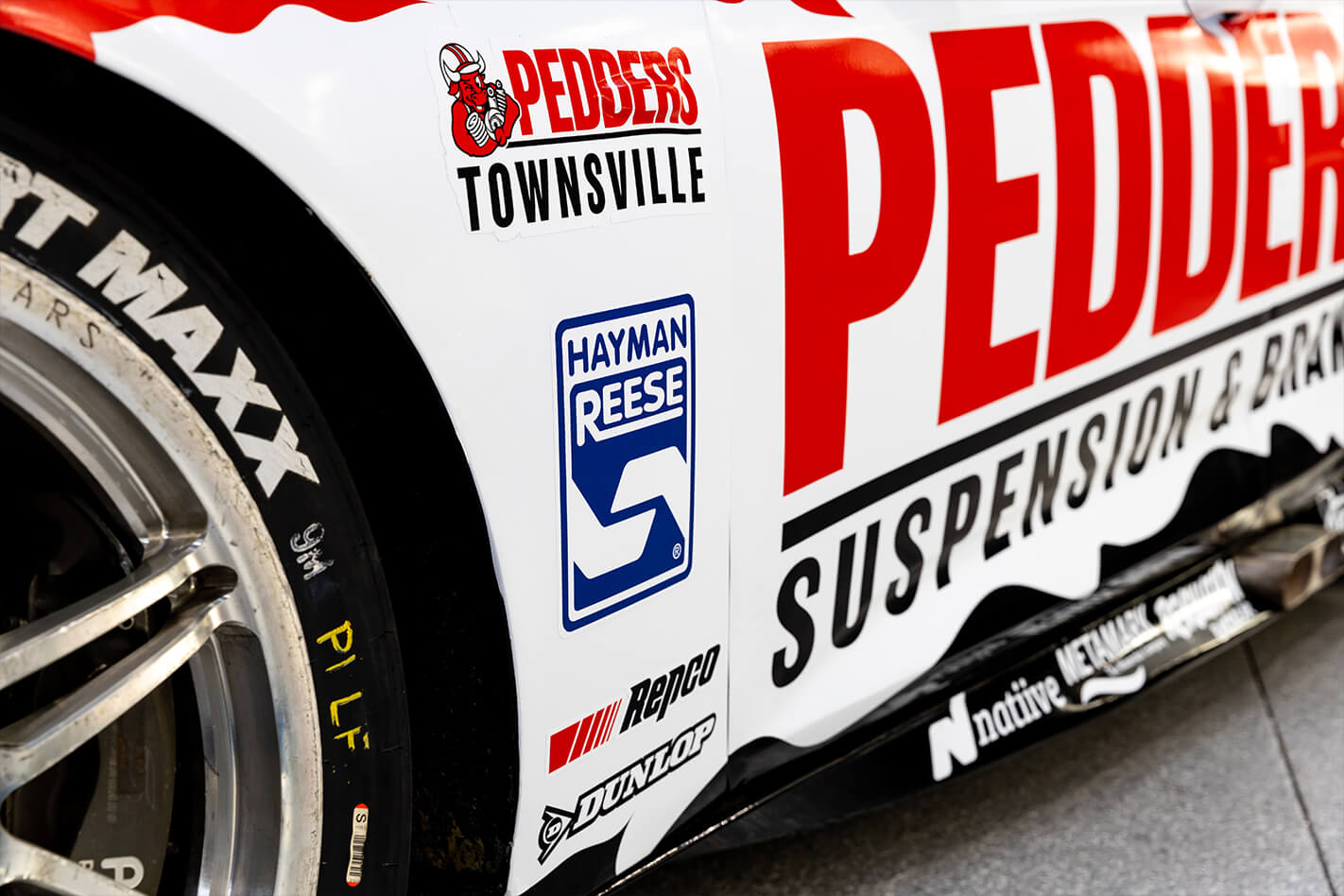 “I grew up with Pedders being the brand you used to make your car faster and I personally love seeing this come to life,” he said.

“Scott [Pedder] is extremely passionate about the motorsport industry which is really beneficial to our relationship.

“He and his company are the perfect fit for our team and we’re really looking forward to seeing Scott’s winning Eseries livery on track.”

Pedders Suspension and Brakes will also be creating a limited-edition model of the car that will be available to the public in Pedders stores across Australia.