Round 2 of the Australian Production Car Series started with a Class championship for Pedders / Motorsports Training Australia Racing.
Friday practice opened well with Turpie and Phillips feeling good at the wheel in the sunshine, P1 unfolding as a good re-introduction to Sydney Motorsport Park where the Series competes twice this season. As Phillips headed on track for P2, the Pedders 86 decided that it was time to throw in a little challenge, dropping into limp mode with what appeared to be sensor issues. With the Motorsports Training Australia crew investigating and clearing error codes, as well as making changes to handling to look to improve the speed of the car, Turpie took the wheel for final Practice, P3, and all was good once more, #86 putting down times that were now more than a second faster than previous. 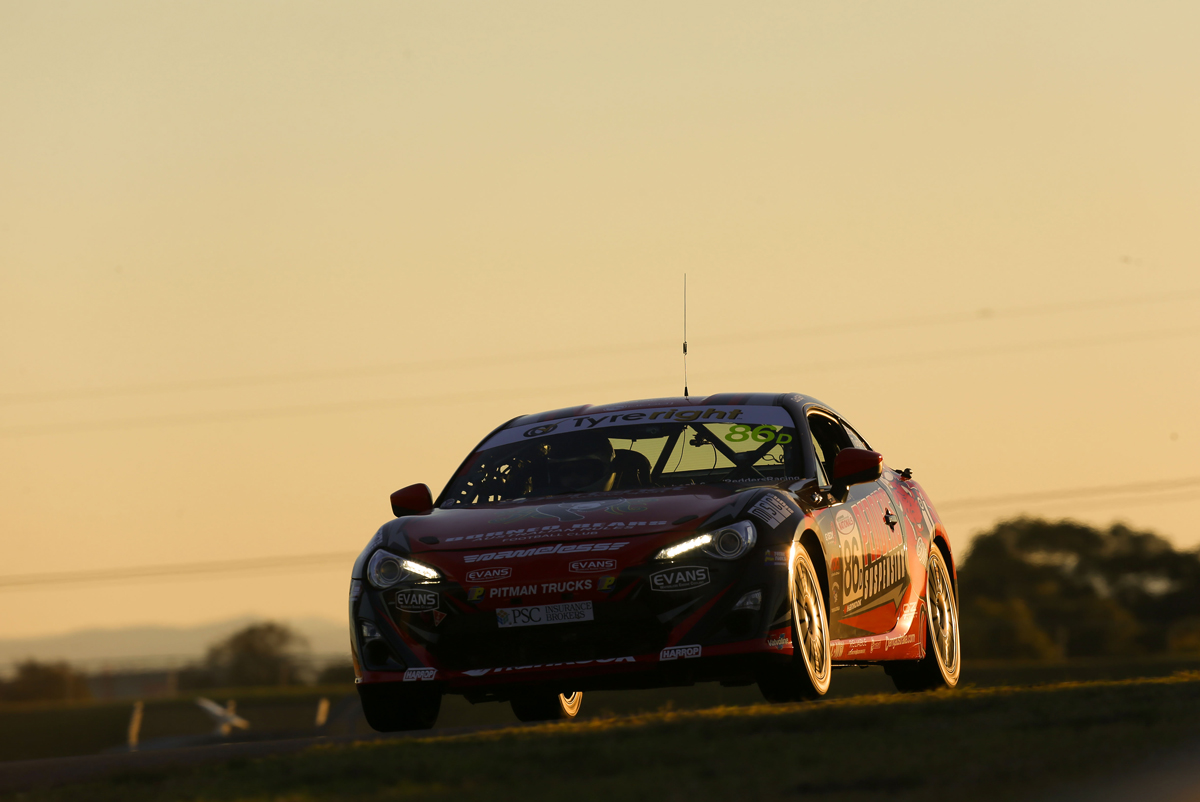