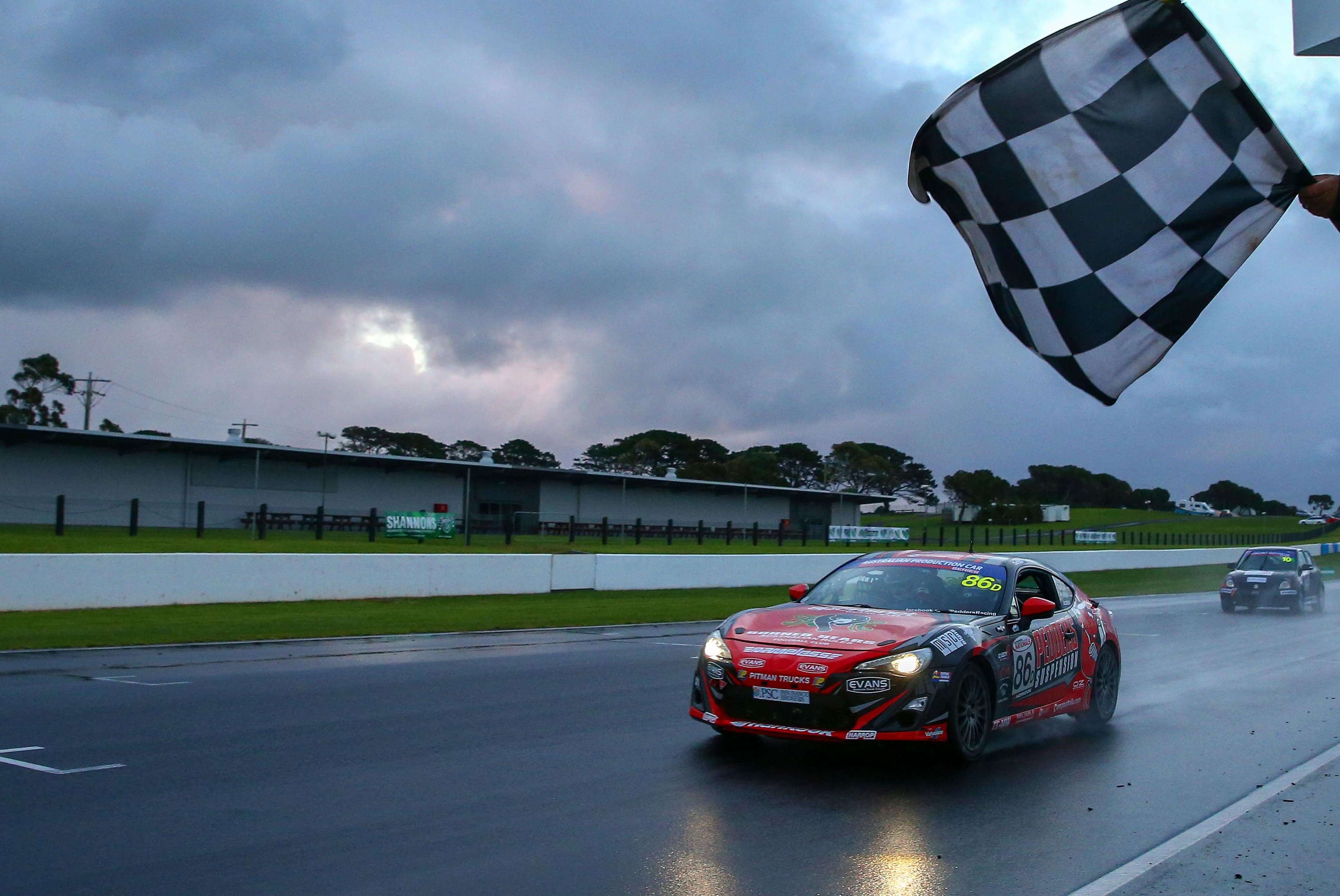 The opening of season 2016 for four-time national Class champions, Pedders Racing, would begin with the unveil of a striking new #86 livery, taking a starring role view with a view on the main straight in the cold an shimmering morning sun at Phillip Island Grand Prix Circuit. As the covers came off, the Motorsports Training Australia (MTA) crew were present, their minds ticking over strategy and preparations as the first event Friday of the inaugural Australian Production Car Series had five on track sessions bearing down.

With the lead up including gearbox, clutch, exhaust and sensor changes, the now black and red 86 headed out onto the southern tarmac for practice one with Turpie at the wheel. A twenty minute session unfolded with the team keen to ensure all pre-event work was a success, #86 rolling back into pit lane without concern. With just 90 minutes before second practice, it was all about pit stop and refueling practice for the fresh MTA crew, while the experienced Pedders crew completed maintenance checks once more.

Practice two had Phillips return to the driver’s seat to take on the 20 plus grid of production entries, feeling confident with cold but dry conditions, going on to take the Pedders 86 inside the top ten times to impress sponsor partners who had made the drive south to be part of the action packed day. Another 90 minutes of set down maintenance, temperatures, wear assessments and fuel burn discussions, and the call came for Turpie to get back in the seat for practice three, another top ten on the timesheets.

Qualifying saw Turpie again take the reins to work on bringing down the times to gain the best possible starting position, pushing to mix it up with the higher performance classes from race start. With 20 minutes of the session down and the times remaining consistent for #86, Turpie was brought into to pit lane for a complete pit stop practice for the student crew under pressure conditions. Fuel in, Phillips taking control, just minutes remained in the session, but the value of learning would be achieved alongside the value of a quality qualifying position. Turpie had done enough to secure Class D’s pole position, and tenth Outright for the first race of the production endurance season. Then the drama returned.

Following the year’s racing debut at Mount Panorama where a ride height question had the exhaust, diff cooler and floorpan ‘modified’ to a revised variant of the long-standing regulations, further modifications were made during the weeks at Motorsports Training Australia with brackets designed and applied, but the changes had created a high risk of the headers pulling away, a risk the student crew weren’t willing to take. This had left one section of exhaust hanging slightly lower than allowable in the regulations, the one check that had not been completed, and the one issue that rendered the Pedders 86 with an exclusion from qualifying results.

In a saving grace, the height issue had been queried with the category’s technical advisor weeks prior, and with Bathurst queries fresh in the mind, team management had spent the day asking for the height to be checked knowing the undercar work that had gone on during pre-event preparations incase work was needed once more. It was. Scrutineering discussions unfolded and with a simple bracket fix that should have been discovered and noted after first practice when first queried with technical staff, the decision was made that Pedders Racing had more than earned the Class pole and top ten start.

Ending the opening day, the MTA crew took in the refuellers briefing while committed sponsor partners climbed into the passenger seat for a ride around the picturesque Phillip Island circuit. Minute after minute, lap after lap, the Pedders 86 welcomed sponsors, officials and volunteer crew on board to experience some of the excitement that comes with taking on the tarmac.

A later start for the Australian Production Car Series crews on the first ever race day Saturday for the series, #86 had been put to rest wheels down and ready for the flying ten minute warm up session. New tyres on to be scrubbed ahead of the four hours of racing, Phillips took to the circuit for a final run and pre-race checks, returning with laps under the belt and a clean bill of motoring health.

With pit bays marked, neighboring team strategies discussed, a final refuel complete, and communication systems tested, it would be Turpie heading onto the grid to make his first race start in more than four events. 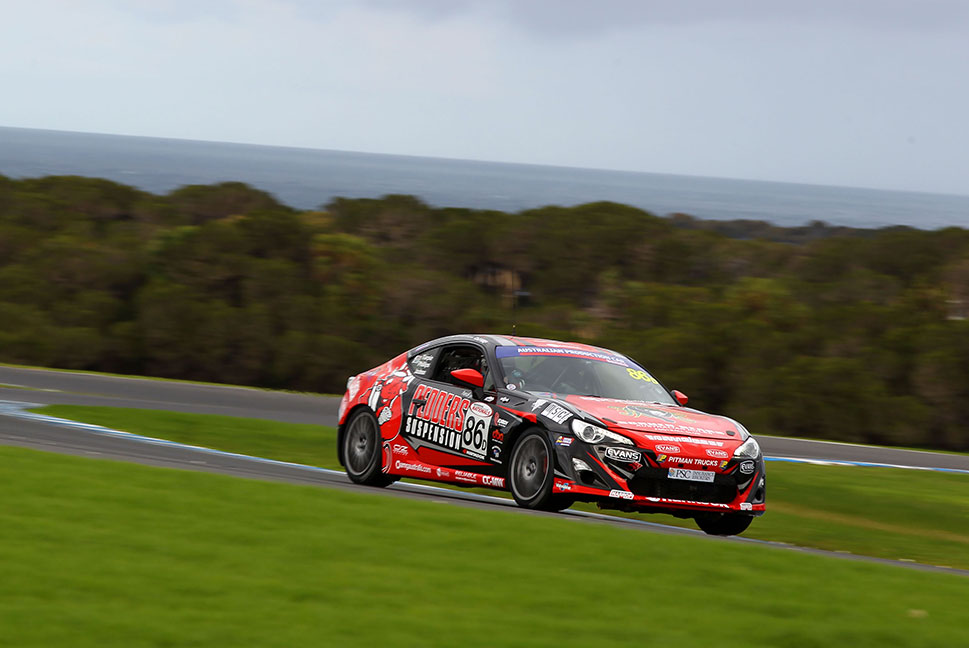 Keep up to date via Facebook.com/PeddersRacing, on Twitter as @PeddersRacing and on Instagram as PeddersRacing as we lead in to the next event at Sydney Motorsport Park, 1-3 July.