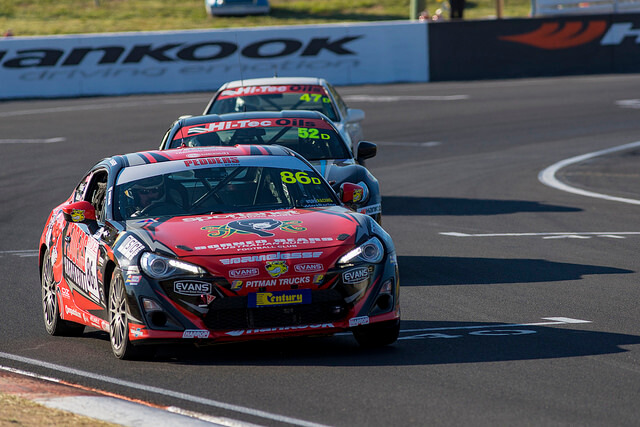 Next weekend’s round five of the 2017 Australian Production Cars season will host the comeback of the Pedders Racing 86 in Class D with Grant Phillips and Andrew Turpie back at the wheel.

Phillips, Turpie and their Motorsports Training Australia (MTA) crew will join the rest of the APC field in hitting the Phillip Island Grand Prix Circuit across September 8-10, with the event to culminate in a four-hour race on Sunday afternoon.

“We head to Phillip Island full of enthusiasm, with a new MTA-built engine and following a thorough check of the car by our first-year student crew at MTA’s facility in Wodonga. We can’t wait to see what we can do next weekend,” said Team Principal Grant Phillips, who thanked the team’s valued sponsors including Pedders, Reliable Rack & Pinion and Evans Waterless Engine Coolants for their ongoing support to keep the team’s education and race program alive.

“Of course, anyone who races would ideally like to bring home the win, and we’re no different. The #86 may lack the straight-line speed needed at the Island to give the faster Class cars a run for their money, but it shines in the braking zones, and when it comes to corner speed, the car is able to hold really well thanks to its grip levels. We also benefit from great tyre life through the balance of handling and set-up which is particularly important for a four-hour enduro at the Island.

“At the end of the day, it’s passion, success and opportunity that drive this volunteer team. Most importantly, our goal is for each of the students to have a valuable learning experience to help them create successful careers when they move on to their motorsport dreams.

“Over the past two seasons, this approach has been working well with almost every ex-Pedders Racing crew member now employed in a role that just a couple of years ago was a dream worth chasing.

“Aside from that achievement, our goal for next weekend is to get the #86 back into the Pitman Trucks rig as straight, functional and well-performing as she will be going into it!”

After missing rounds three and four, Phillips says the team is looking forward to being back on the track at Phillip Island ahead of hopes for an appearance at the season finale at Wakefield Park Raceway in November.

“We have had loyal support from our local, national and international sponsors for the entirety of Pedders Racing’s existence, but in motorsport you can never truly budget for all of the unforeseen expenses so we simply couldn’t do it all this year,” Phillips said.

“Our Hi-Tec Oils Bathurst Six Hour incident put a dent in not just the 86 but also in the budget with more extensive repairs needed once we arrived back at our MTA headquarters.

“After that, the blown engine at Winton’s second round was another expense that we really didn’t need, but having said that, the 86 had never been as fast as it was at Winton that time out, so we had never had the chance to realise the oil starve issues. The pace showed that MTA had built an outstanding engine and that our ongoing tweaks were indeed continuing to improve performance.

“Our entire racing program is geared around creating opportunity for the next generation to experience all that there is to a ‘real’ race event, and we take great pride in making every weekend a valuable learning experience.”

Pedders Racing and the rest of the Australian Production Cars field will hit Phillip Island Grand Prix Circuit next weekend for the penultimate round of the 2017 APC season.

Spectator access on Friday is free, and only $20 for Saturday or $30 for Sunday admission – a weekend pass is also available for $35. Children aged under 15 gain free admission. All of Sunday’s action will be streamed online live and free via thenationals.com.au.

For more on the APCS, please visit www.australianproductioncars.com.au, www.facebook.com/AustralianProductionCars or contact Iain Sherrin of Ontic Sports on 0422 449 446 or at iain@onticsports.com.au. 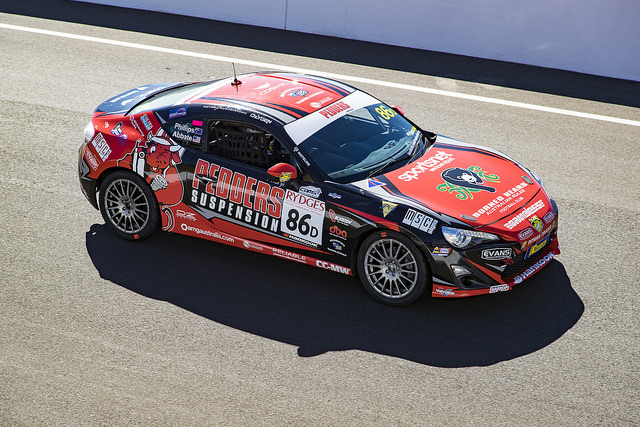 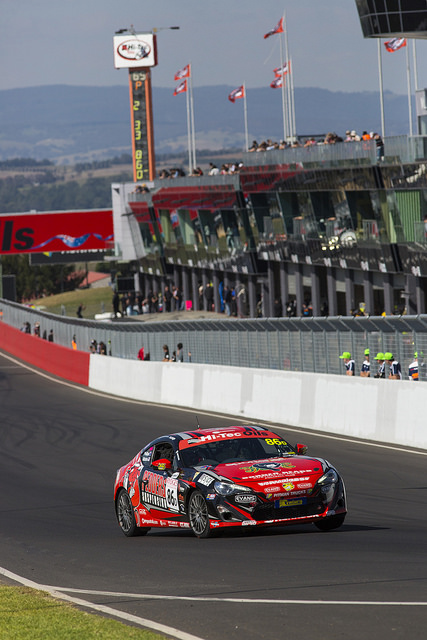