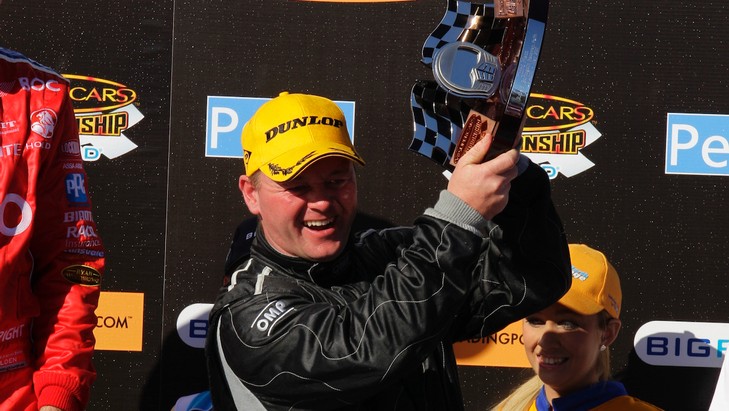 One of V8 Supercars’ most admired and enduring drivers has taken up the position of Driving Standards Observer (DSO).

Jason Bargwanna, who had 378 race starts across 173 events in his 15-year career, including winning Bathurst with Garth Tander in 2000, will replace Cameron McConville in the pivotal DSO role.

Bargwanna has more than 100 top 10 finishes in V8 Supercars across seven teams, his most recent drive being with Brad Jones Racing in the 2011 Team BOC outfit alongside Jason Bright.

The straight shooting Bargwanna has been amongst the most popular V8 Supercar drivers throughout his career, but also widely respected by his peers on the track.

“If you held me upside down, shook me and picked up all the pieces there would be an enormous amount of information and experience there,” Bargwanna said.

“I am recent enough, I know all of the circuits and all of the excuses. We have the best 25 drivers in the best cars in the country in what will be the toughest season in years. I am really excited.”

The role of the DSO is to advise the race director, race officials and stewards on in-race penalties, subsequent inquiries and recommended penalties, immediate or post-race. These decisions can often determine race outcomes.

V8 Supercars General Manager of Motorsport Damien White said having Bargwanna’s experience and standing within the industry would be a key asset within the role.

“Jason has the track record and most importantly the integrity and respect to do a great job.”

Bargwanna takes over from McConville who last year accepted a full-time role with Porsche as Motorsport Manager. Bargwanna has remained directly connected with motorsport and was recently appointed to a committee role with the Australian Karting Association.

Bargwanna is approaching the role with his usual zest, wanting to ensure the impartiality and firm hand needed in what can be heavily pressurised environments.

“My primary objective is to do this job with the utmost of integrity,” he said.

“I am confident of making firm, correct and consistent decisions knowing that from time to time I won’t be making many friends; that’s the reality of the role.”

Bargwanna will officiate his first event at the Clipsal 500 in Adelaide from February 27 to March 2, preparing in the meantime at the sydney.com pre-season test day on Saturday week.