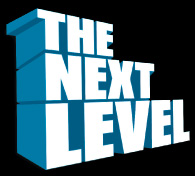 Pedders has recently unveiled a series of hi-tech television commercials that are
designed to take the group to “The Next Level”.

The ads, produced in conjunction with Chris Benz from Brave TV and Pedders’ advertising
agency The Creative Engine, have been created with a computer-based game play theme that
utilises the skills of some of Australia’s best 2D and 3D animators.

Even long-time Pedders brand ambassador Neil Crompton makes an appearance, voicing
the ads as though he’s been transported in from another dimension.

In a totally new approach for the group, a 45second sports and performance commercial has
been executed to announce the group’s move into the brake parts market.
All of the new TVCs touch on the brakes offer as well as the group’s products and services
in shock absorbers, steering, towbars and air bags.

Adam Gillick, Group Marketing Manager at Pedders, says: “Our latest round of television
commercials have been designed to take the Pedders group to “The Next Level”.
As Pedders heads into the 2011 calendar year we have a comprehensive range of new parts to launch.
Consumers and trade customers can look forward to a new and refreshed Pedders Suspension
that is able to offer specialist advice for all of their suspension, steering, braking, load carrying and towing needs.”

Glenn Cartledge, principal at The Creative Engine advertising agency, says: “The brief from Pedders was very clear –
they wanted a campaign that captured the excitement of specifying performance parts for your car.
The 45second sports and performance, in particular, makes a powerful statement about Pedders’ leadership in the aftermarket arena.”

Chris Benz from Brave TV, who directed the commercials, says: “I’m particularly pleased with the incredible quality of the animation and sound effects in the final ads, which create a great impact on screen. We’re confident that we have created a series of ads that will appeal to anyone who wants to improve the performance of their vehicle whether it’s for sports, commercial or safety reasons.”