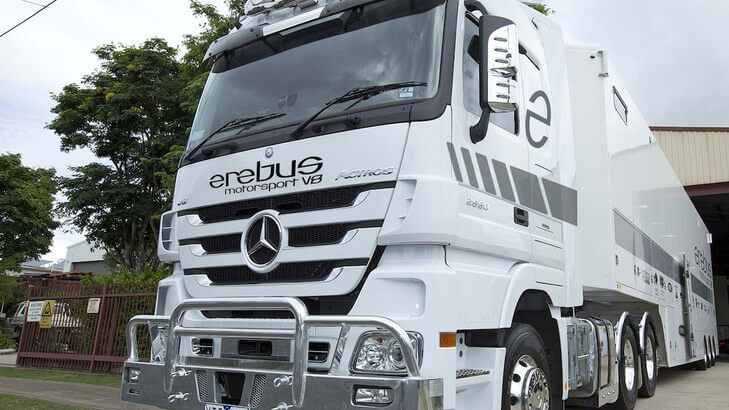 Mercedes-Benz Trucks will be the official truck supplier of Erebus Motorsport.

“Erebus has demonstrated a tremendous commitment to the AMG Customer Sports program in both V8 Supercars and GT with the SLS AMG GT3, so we are pleased to be involved and transport the team around Australia in 2014,” Managing Director of Mercedes-Benz Trucks Kolja Rebstock said.

For Erebus Motorsport CEO Ryan Maddison, the new Mercedes-Benz Trucks partnership is a significant landmark for his team.

“We’re delighted Mercedes-Benz Trucks has come on board, this clearly is an important step in further cementing our relationship with them both locally and globally,” Maddison said.

“Like Mercedes-Benz Trucks, we’re excited by the prospects of the 2014 season and look forward to matching our on-track performance to our presentation levels.”