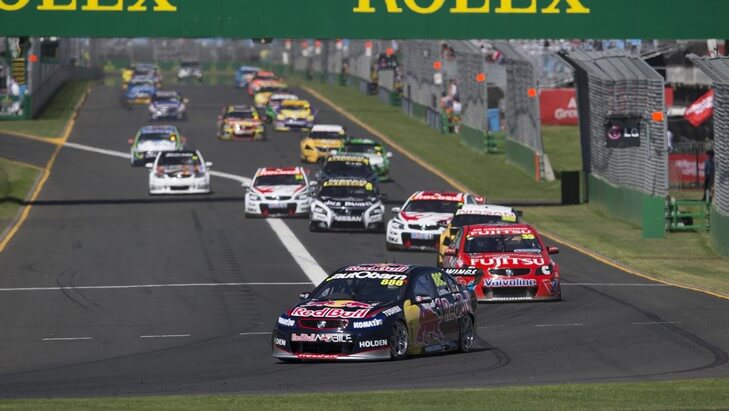 The five-time Bathurst 1000 champion is the most recognisable V8 Supercars driver in the country and as part of his role he will attend official functions as well as build excitement among fans in the lead-up to and during the event.

Lowndes, who will compete in the 2014 V8 Supercars Championship for Red Bull Racing Australia was excited by the appointment.

“The 2014 Formula 1® Rolex Australian Grand Prix is an important part of the international motorsport calendar and I am honoured to be representing V8 Supercars on the world stage,” Lowndes said.

“I can’t wait to race at the Australian Grand Prix this year in the MSS Security V8 Supercars Challenge. It’s an event we all look forward to and enjoy as drivers, because it’s such a great track and there’s always an awesome atmosphere in Melbourne. There’s also plenty of action too, it’s important to put on a good show in front of the Formula One boys.”

Lowndes is in a class of his own and a legend of V8 Supercars in Australia – a three-time series champion and five-time runner up, he continues to be a force to be reckoned with on the track.

Australian Grand Prix Corporation CEO, Andrew Westacott, welcomed Lowndes to the team and expressed his enthusiasm about the appointment.

“Success is something that follows Craig Lowndes and we expect him to excel in his role as official V8 Ambassador at the upcoming Australian Grand Prix,” Westacott said.

“With less than six weeks to go until the 2014 Formula 1® Rolex Australian Grand Prix, Craig’s duties will step up a gear as he sets to work in promoting our great event.”

V8 Supercars CEO James Warburton said he’s delighted Lowndes was selected as the V8 Ambassador, as V8 Supercars continue to be a key part of the Australian Grand Prix schedule.

“Craig is, without question, one of the most recognised, respected and admired athletes in this country. He is the perfect choice to represent our sport and this fantastic event,” Warburton said.