Jones: We are Capable of Beating Top Two Teams 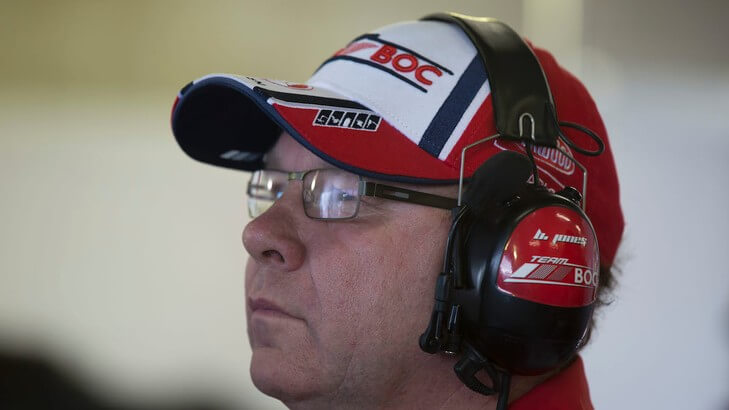 Team owner Brad Jones believes BJR has announced itself as a front-runner in the V8 Supercars Championship.

Finishing third in the team standings behind Triple Eight and Ford Performance Racing in 2013, Jones declared those two could be beaten – and Brad Jones Racing is well in a position to do it come race day.

“I think everybody at BJR has done an amazing job and we’re certainly well-established in that front group now,” Jones told v8supercars.com.au.

“Anytime you finish in the top three is a great result. For us, I couldn’t be happier.”

He praised the efforts of the small team, which achieved five race wins last season – as well as three at the non-Championship Australian Grand Prix – and took home the prestigious and meaningful Jason Richards Memorial Trophy in New Zealand.

Jones has flagged 2014 season opener the Clipsal 500 as an important hurdle to overcome.

“We just need to come out of Clipsal with nice strong results and really set up our season,” he said.

“It’s been tough for us in year’s gone past – Clipsal’s always been one of those where we either almost finish in the top five or don’t finish.

“But I think Triple Eight can be beaten, and I think FPR can be beaten. Last year was the most open racing it had been for years. I think it’s all about consistency and I think we’re definitely there.”

Consistency and a little bit of luck? Jones noted the extremities of results and impact of not finishing races – or in Jason Bright’s case on the Gold Coast, not starting.

“When everything was on song, we were as good as anybody. And what I felt was when things were wrong we ended up with, instead of being eighth or something we might’ve had a DNF.

“So I think it’s just really picking up a few loose ends. I feel we really should’ve finished fifth and seventh in the (drivers’) Championship and I think there’s no reason why we can’t build on that.

A positive is continuity – Jones confirmed the engineer-driver line-up would remain, Fabian Coulthard and Phil Keed pairing up on the Lockwood side of the garage, Jason Bright and Andrew Edwards as Team BOC.

Have there been many staffing changes in the off-season? “Other than David Wall?” Jones quipped back.

“A couple of people come and go but the majority of staff remains the same which is really good, it keeps good continuity in the place.”

Wall’s defection to Dick Johnson Racing leaves gap on the grid for the third car that runs out of the BJR stable – and while Jones was tight-lipped about the situation, saying the team was working through it and would make an announcement in due course, there has been plenty of interest.

“It’s all very late in the year to be happening,but we’re certainly getting closer and closer. As the season gets closer we have to lock it in but I’m happy with the progress that’s making.”

The V8 Supercars will hit the track for the first time at the Sydney.com Test Day at Sydney Motorsport Park on February 15. First race weekend the Clipsal 500 runs in Adelaide from February 27 to March 2, boasting an incredible on and off track lineup.