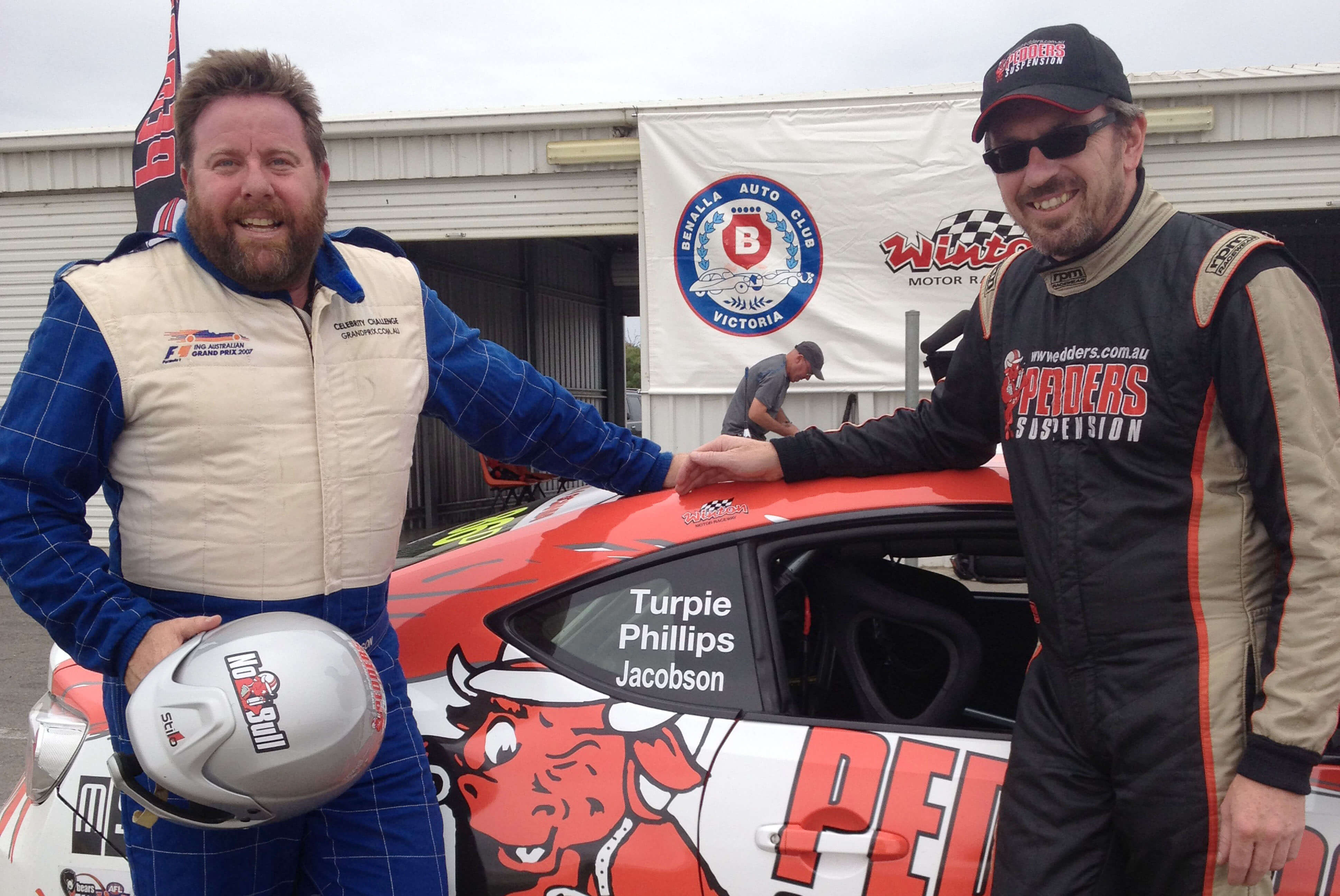 It has been a while since Shane Jacobson took on a circuit challenge, in fact, the last outing was with Pedders Racing at the 2013 Bathurst Motor Festival before the team went on to win a world-first national production racing class title for the Toyota 86 in their debut season. It’s this performance combined with an unwavering desire for motoring, that has given the Australian stage and screen star the drive to return to the #86 and the iconic Mountain, to again take the co-drivers role at Easter’s Bathurst Motor Festival.

Jacobson has had the pleasure of driving countless machines through involvement with the upcoming Australian Motoring Festival, previously with Top Gear Australia and Top Gear Festival Sydney, and as an ambassador for Polaris and Victory Motorcycles to name a few, but the multi-talented performer and all round nice bloke notes that being at Bathurst, and at the wheel of the Pedders 86 for its very first race laps remains a highlight, saying,

“After a conversation with Pedders Racing’s Team Principal, Grant (Phillips) back in 2012, and hearing only the words ‘race Bathurst’, it has been a great journey with the small yet supremely professional team.

“I was able to live a dream of racing at the mountain two years ago, putting my trust in the crew while they put their trust in me, even if maybe they shouldn’t have at the time considering I’d never sat in the car until the first practice session at the mountain!

“To know that this year the old gang is getting back together after more development with the car, it will be a bit like Sir Paul McCartney rejoining with The Beatles for another world tour, ok so maybe not, but it’s going to be a big weekend for us and we have high hopes that the 86 is ready to push harder than ever.”

Before heading for Mount Panorama, the team will first head to the Australian Motoring Festival late this week to join their star co-driver after a recent re-introduction outing at Winton Motor Raceway, before the first race event of the team’s official Australian Manufacturers Championship season, the Sandown 3 Hour Classic this weekend.