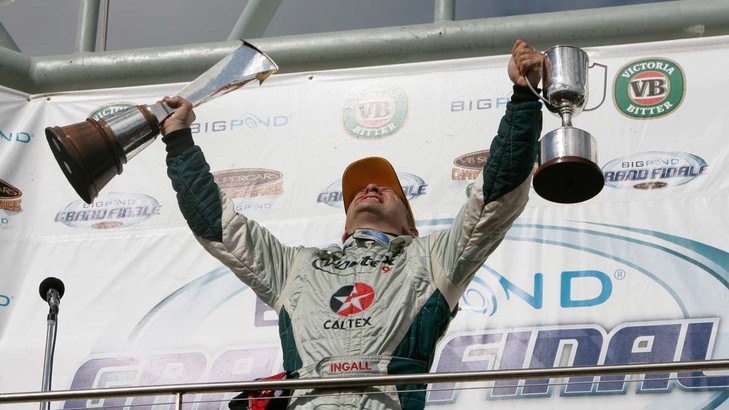 The fan favourite, known for speaking his mind, completed his final season with Supercheap Auto Racing last year, which was considered by some as his last full-time V8 Supercar season, although Ingall never considered or confirmed it would be his swansong from any form of racing.

Continuing as a full-time V8 Supercars driver, challenging the PIRTEK Enduro Cup as a co-driver and even picking up where he left off overseas are all options the 49-year old had mentioned when discussing his future last year.

“There is a lot of misconception, especially among the fan base, that I am walking away from the whole deal and that is far from it,” Ingall told v8supercars.com.au in the lead-up to the 2013 season finale.

“If things were different and I had an opportunity to stay in the game I probably would.”

The announcement will be streamed live at 10am AEDT, as well as being simulcast live on Fox Sports News (Foxtel channel 513). Stay on the live stream for extended coverage after Ingall’s announcement – and v8supercars.com.au will have all the updates.

Two-time Supercheap Auto Bathurst 1000 and 2005 Championship winner Ingall scored a podium result at the ARMOR ALL Gold Coast 600 last year, with co-driver Ryan Briscoe. He suggested then he was looking for something to keep him in the V8 Supercars Championship.

Are you on-board with Team Enforcer for 2014?