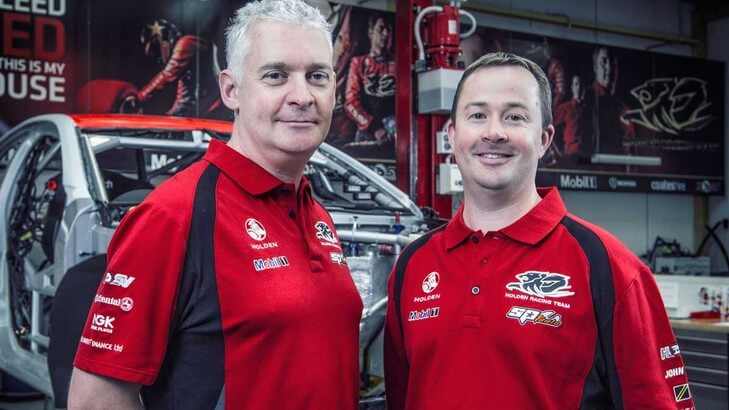 Holden Racing Team parent company Walkinshaw Racing has welcomed two of the most successful operators in V8 Supercars to its management team for the 2014 season.

Adrian Burgess, who has played an instrumental role in the last four V8 Championships, assumes the position of WR managing director, while championship and Bathurst-winning engineer Mat Nilsson returns to the team as technical director after a three-year absence.

While Burgess and Nilsson only started with the organisation last week, both have already been impressed with the work ethic within the team.

“There’s a good group of people here and plenty of energy, commitment and determination to get the job done,” Burgess said.

“The work Steve (Hallam) did over the last two years shouldn’t be underestimated, because he left the team in a far better place than he found it.

“We can’t complain about our driver lineup either. Garth (Tander) and James (Courtney) are both well established, Tim (Slade) has great potential and Nick (Percat) is a great young rookie who is going to impress people.

“It’s great to have such loyal fans with the Red Army and we have to make them proud to support HRT.

“There’s a lot of work to do but every team’s in the same position and hopefully we can come out with a good package at the test day.”

Nilsson said it is a great opportunity to again work for such a successful organisation.

“Some of the best memories in my career came with Walkinshaw Racing, and it’s good to be home,” Nilsson said.

“I’m looking forward to my new position as technical director – it’s a new challenge within the team and a big step up from the engineering roles I worked in previously.

“There is a group of very talented, creative and passionate engineers and mechanics and I’m really looking forward to harnessing their ability.

“I will be supporting Adrian; obviously he’s been extremely successful in all forms of motorsport and brings an enormous amount of experience to the team, so it will be a privilege to work alongside him.”