Four Volvo Engines on Their Way 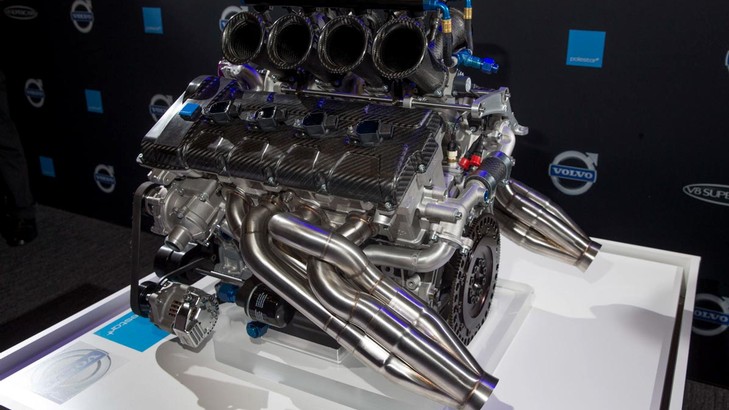 Four more engines are still to come for Valvoline Racing GRM, ahead of season opener the Clipsal 500.

The team – which has transformed into Volvo Polestar Racing this season – is expecting two of the B8444S engines to arrive today from Polestar in Sweden, with two more scheduled to land the following week.

While six may sound like quite a number to have in the workshop, with two under the bonnets, it means one spare and one back-up per car. Given the tight turnarounds at the start of the season, with four events to run before the end of March, Rogers believes it is better to be prepared.

“We just need to make sure we’ve got enough spares if we run into problems,” Rogers told v8supercars.com.au.

“I’m not saying we’ll have any problems – this might all be beautiful, and if it is, away we go.”

The team tested at Phillip Island on Tuesday, using an Accredited Manufacturer Day to get some time on track prior to the public sydney.com V8 Supercars Test Day. While the original intention was to run at delegated test track Winton Raceway, it was undergoing track works, so with V8 Supercars’ permission the team relocated at the last minute.

Rogers said the test day was to learn about the new engine, which is obviously a different beast to the Walkinshaw sourced power plants the team had used previously.

“We were conservative with our engines because at the moment we’ve only got two… We’re just trying to be very cautious of what we do because whilst we need to test we need to be ready to race as well, with the cars (having) the necessary mechanical components intact.”

There was a “bit of a misfire” during the run, so the team decided to head back to the workshop to have a look instead of pushing on, but after analysis on Wednesday Rogers said everything was good. V8 Supercar rookie Robert Dahlgren also had the chance to get some laps behind the wheel.

With the sydney.com V8 Supercars Test Day just around the corner, the key for Rogers will be to get a clear comparison of where his team is at relative to other competitors.

“We can go testing on other days but I think what it does – you have other cars you’re going to be racing against there at the same time, the same day, so you can get a reasonably good genuine comparison of the ability of your car. I think that’s a very, very big positive.”

The sydney.com V8 Supercars Test Day is free for fans to attend, with all five manufacturers set to be on the grid. It will be at Sydney Motorsport Park on February 15.