A Fond Farewell to Lenny 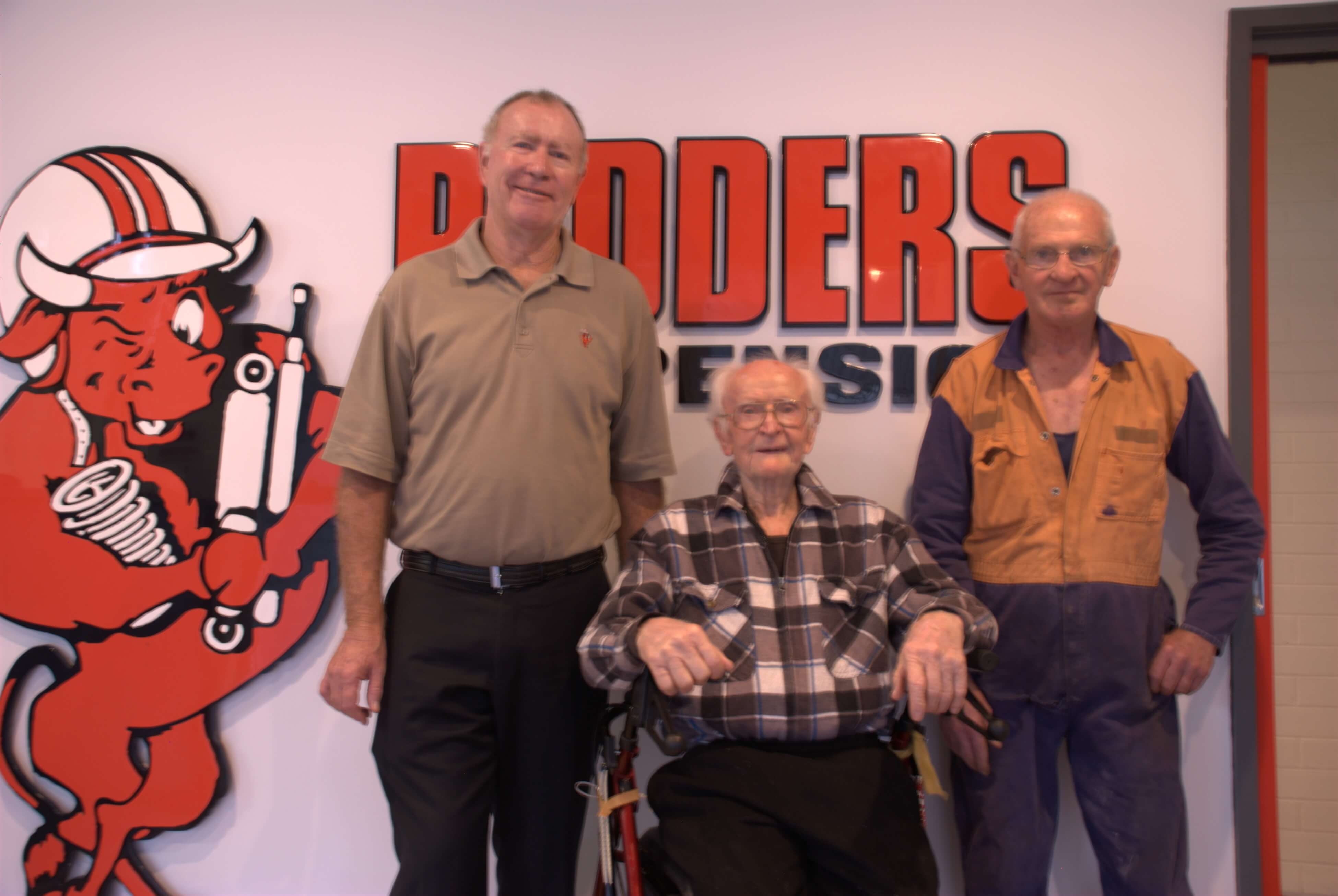 Len Theobald, known as Lenny, started with Pedders in 1961.

Initially Lenny was knocked back for the job by Roy Pedder, the founder of Pedders in 1950 who turns 100 this June! But when the preferred candidate fell through, he was given a second chance, securing the £25 a week job. Lenny began his career at Pedders at the Clairmont Ave store in Malvern.

Lever-type shock absorbers were stacked in banana boxes, wall to wall. Lenny remembers that no-one would buy the shocks in winter, and boxes spilled over into the Pedders’ home, but in the warmer seasons they would seel like hotcakes.

During his career with Pedders he moved to the Moorabbin store in Wren Rd, and then onto the Keysborough warehouse, where he worked in reconditioning, working his way up the ranks to become Factory Manager.

Fast forward to today, and Lenny has made the decision to retire. He has been with Pedders for 54 years.

“I owe the company my whole life,” he says. “And I’ve never looked anywhere else for work.

“Pedders has seen me through buying my first home, raising three kids, and has financially and emotionally supported me throughout. I’m actually feeling a bit lost without it!”

We’d like to congratulate Lenny, our longest-serving member of the Pedders family, and wish him all the best in this new chapter of his life.