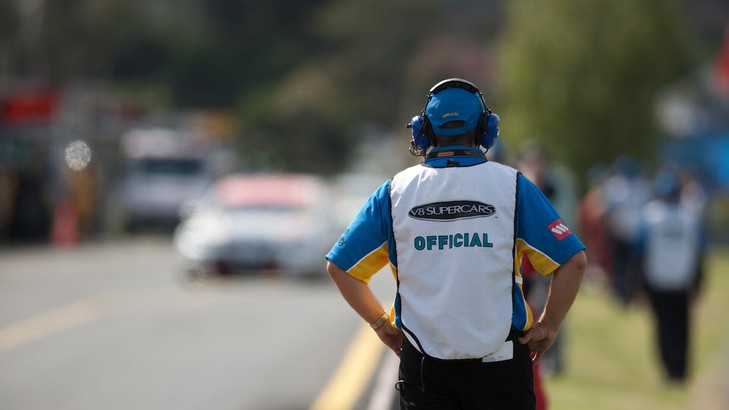 I believe our teams and drivers do a great job of recognising and understanding the amazing contribution of our volunteers and officials.

As well as outward recognition of them – in what are always enormously busy schedules – I can vouch that “behind closed doors” the drivers regularly and graciously acknowledge that without them we would struggle to put together the show we all enjoy.

Putting together “the show” requires an enormous number of hours from an even greater set of determined and skilled people, largely made up of volunteers. They may be flag marshals, scrutineers, even race control officials and gate keepers.

Regardless of the function they willingly put their hands up to perform, I can assure you none of what you see, hear, touch or cheer for would be possible without them.

This week two people were recognised in two completely different settings – Robert “Ned” Stanley and Harold Ivan Stibbard. The former personifies what we all need, expect and appreciate in a volunteer; the latter was, amongst many other things, the personification of how we, the administrators, should relate to the volunteers and how we should respect their work.

Ned, or Neddles, was honoured at the Australia Day Celebrations with an OAM for his services to motorsport. His work with V8 Supercars doesn’t extend to all events, but when he’s there we benefit from a commitment, passion and grit that serves as a frequent reminder of the assiduous approach of all our volunteers.

The Medal of the Order of Australia is said to be extended to those who have provided a service worthy of particular recognition. If V8 Supercars were able to extend this honour to all our volunteers, we would. We are grateful someone like Ned was rewarded as he was; he embodies the ideal of what it is to be a volunteer.

At the other end of the administrative spectrum was Ivan Stibbard. To be honest, I never met Ivan, but with my own car racing circuit debut having been at Amaroo Park, I – like thousands before and after me – have Ivan to thank. In my current capacity steering the motorsport element of V8 Supercars I was privileged to attend the “celebration of life” for Ivan this week after his passing on January 20, which came after a 109 day battle with illness.

A resounding theme that shone through in all of the touching eulogies was that he was tough, dedicated and almost obsessive as an administrator while being firm but fair. And never late.

For 25 years he was the man of the Bathurst 1000 while at the same time presiding over the Australian Racing Drivers Club (ARDC). Such was Ivan’s character, it was also relayed that his job at ARDC was the second of only two jobs in his entire career.

With standing room only at the service, I positioned myself next to a gentleman who appeared not much younger than the 76 years Ivan was when he passed. The face of this man was vaguely familiar, as are so many when you meet in such environments. One thing that struck me during the full length of the service was every time any of the speakers mentioned Ivan’s respect and recognition of volunteers, this man would nod with such resounding agreement I thought at one point he may prompt a standing ovation.

It serves to reinforce the impact Ivan had on people. I later had it confirmed this gentleman was indeed a long serving volunteer under Ivan’s watch. He was the Ned of a different era. His commitment to Ivan was obviously reciprocal to his commitment to motorsport.

As we approach the first test day of another grueling year of V8 Supercars, I ask all the fans, teams, drivers and administrators reading this to take a moment to reflect. Reflect on the passion, commitment and dedication of men like Ivan Stibbard, and the eagerness and fervent determination of volunteers like Ned Stanley. Without them we are just a dream, a vision and a good idea. With them we’re blessed to be able to passionately present what we all love and enjoy.