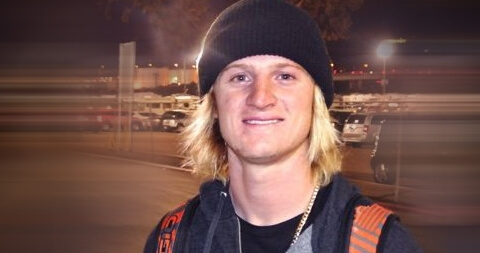 With Ford Dale stepping up to contest both the MX Nationals and Australian Supercross 450 championships, Cachia, fresh from gaining valuable experience in the coveted Monster Energy AMA Supercross Championship, will fly the team flag in 250 class.

In 2012 the Carlton Dry Honda Racing team graced the MX2 podium at seven of the ten, MX Nationals events and mounted the dais at all four rounds of the Terex Australian Supercross Championship.

“I have a long history with Honda and Yarrive so when I knew I was coming back to Australia I called them we started talking,” Cachia said.

“Yarrive puts 100% into everything he does so I knew where I wanted to be and he made it happen.

“Competing in the AMA was a great experience, I learnt a lot about myself and It really taught me what I wanted,” Cachia added.

Tony Hinton from Honda Motorcycles said he was pleased to have a top rider on board Honda’s CRF250R for the 2013 MX Nationals and Australian Supercross Championships.

“Honda is very happy to confirm  that Josh Cachia will be challenging for MX2 titles in 2013,” Hinton said.

“Josh won multiple Australian and State Championships with Honda in his early career and to have him return to the brand now after gaining international experience is great news for Honda.

“We have traditionally had much success in the MX2 class and we are confident Josh will continue this and produce some excellent results in 2013,” he added.

“Winning both MX2 and SX250 championship and being on the podium at 11 out of 14 events was a great achievement so it was important for us as a team to continue with a rider capable of challenging for a championship.

“When Josh became available there was no doubt in my mind he was the man for the job. He knows how to win and has improved since being away in America.

“We have done a lot of testing over the past few weeks. Josh has become accustom with the bike and looks very strong. Yarrive, the team and I are excited and think he will be a valuable asset to the Carlton Dry Honda Racing team.

Preparations continue for the Carlton Dry Honda Racing Team ahead of this weekends opening round of the MX Nationals at Raymond Terrace on Sunday April 14.