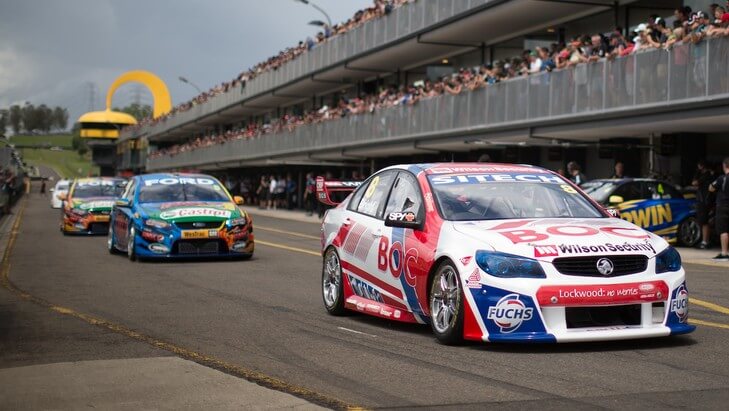 Despite the switch to new generation V8 Supercars for the 2013 season, Jason Bright believes this year’s sydney.com Test Day is more crucial than ever.

“I think it’s more important than last year,” Bright said of the test, which is just 10 days away.

“Last year, we all turned a wheel just before – we’d done our shakedown days and we had another test day planned not long after the fist round.

“This year it’s our only test for quite a while, so we need to make sure we make the most of that day, even more so than last year.

“With only four test days this year it makes every time on the track pretty critical to learning.”

Teams were last year offered more testing opportunities to get the new racers right – but in 2014 test days need to be used sparingly and strategically to ensure the V8 Supercars perform at optimum at each event.

And while there was no trophy handed over at the end of the day, Bright knew it meant strong results were ahead.

“I think it was definitely an indication of how we got on top of the (new) car,” Bright said.

Interestingly, six of the top 10 at last year’s test day finished in the top 10 of the Championship – with other race winners not far behind. 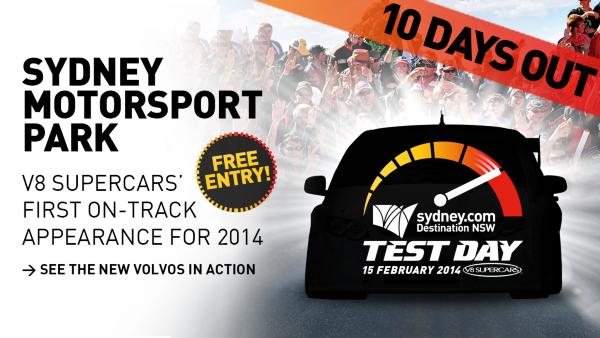 The previous year, at Sandown Raceway in Victoria, seven of the final 10 made the cut at the test, and in 2011 at Sydney Motorsport Park, just four.

2013 Championship runner-up Craig Lowndes believes results from the test will be relevant because teams will actually race at Sydney Motorsport Park this year, with a SuperSprint event scheduled right before enduros start, from August 22 to 24.

Lowndes said increased knowledge of the new generation V8 Supercars means it would be even tighter at the top in 2014.

“The test for me at Sydney Motorsport Park will be interesting – Volvo revealing their cars, to see where they are at with speed and obviously reliability.

“And by the same token, where we are against others. Twelve months has gone by and everyone’s a lot smarter, wiser and has more knowledge about the car.

The sydney.com Test Day is free for fans to attend. The V8 Supercars will be on-track for two sessions from 9am to 5pm. 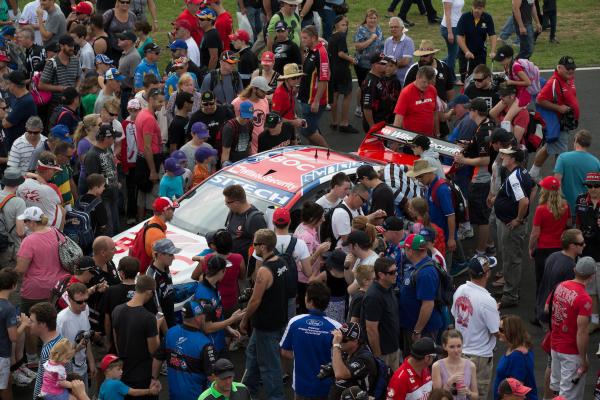 Another highlight will be the free grid walk, when all V8 Supercars park on-track and fans are able to walk through, meet the drivers, see the vehicles up-close and take plenty of snaps.