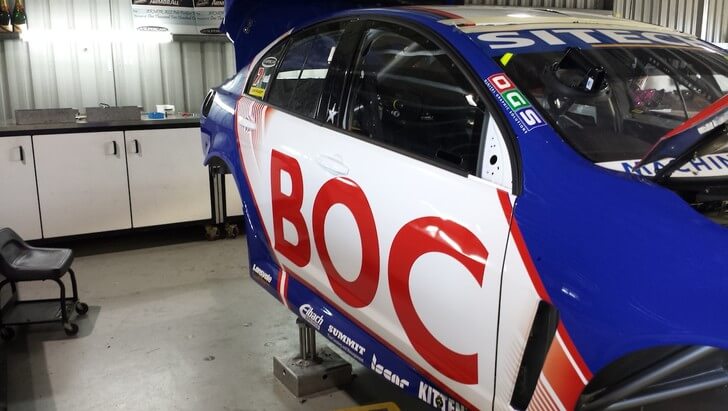 Photos have emerged of both cars – see Jason Bright’s BOC machine above, and the strong matte black on Fabian Coulthard’s Lockwood entry: 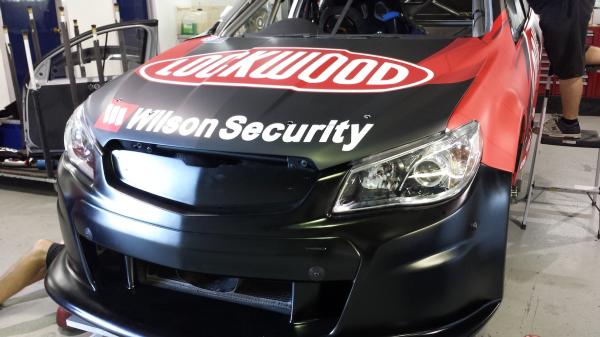 The team asked fans to convince Signwriting, Paint and Panel Manager Brad ‘Stickers’ Norman to reveal the new looks for both Commodore VFs – and after a ‘mass plea’ on Facebook and Twitter, they have come out today.

After several days of persuasion, including painted faces and improvised dance moves, a glimpse of both the Team BOC and Lockwood Commodores were teased.

Bright’s Holden has an increased presence of blue, which Stickers described as a ‘back to the future’ feel. 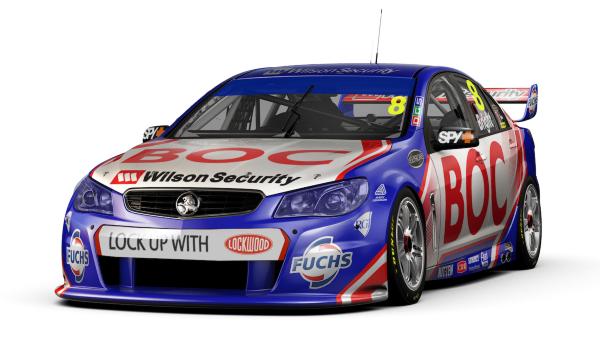 Coulthard’s Commodore will be all chrome, shining in the sun. 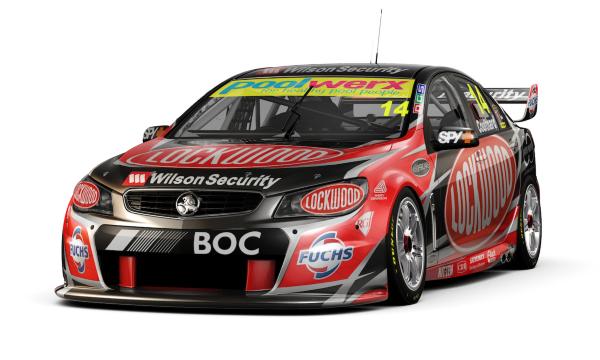 Holden Motorsport and Sponsorship Manager Simon McNamara has been positive about the looks of the BJR cars on Twitter, and believes strong form will continue from the small team this season.

“BJR will be certainly a good team this year, I’ve seen their cars and they look fantastic; a really, really good job,” McNamara told v8supercars.com.au.

Drivers and team boss Brad Jones have also been positive about 2014, Bright feeling as if it is his best shot at the Championship in years, Coulthard saying the team never takes their eyes off the prize.

Between the two, BJR won five Championship races in 2013 and scored six ARMOR ALL Pole Positions to finish third in the Teams’ Championship, a feat Jones was proud of.

The livery of the third car to run out of the stable, steered by Dale Wood this year, has already been revealed.

Many V8 Supercars teams have been using social media to slowly reveal colours for this season, so ensure you are following your favourites on Twitter and Facebook – click here for Team BOC, here for Lockwood Racing, and don’t forget to follow Official V8 Supercarsto stay up to date with all the latest news.

All 25 cars will be on-track for the first time in 2014 at the sydney.com V8 Supercars Test Day, free for fans to attend, on February 15 at Sydney Motorsport Park. See two sessions between 9am and 5pm, split by the ever popular fan grid walk at 12.30pm, giving you the chance to get up close and personal with the cars and stars of our sport.